***Fundraising time again. As most of you know, our fundraising begins now and goes to the first of the month and this is the 15th in which we have 2 weeks to meet our goal to continue our work in this mission to reclaim our nation and our lives.

The deficit each month is $300 which never includes any extraordinary crisis that may happen, like a car repair that we never tell you about, as well as work on teeth and other normal such happenings that occur to everyone at some time. We support all but that last $300, a small amount, but big enough to put us out of business if we do not meet that goal.  Our current balance on the deficit is $230.  We ask that if you benefit from our work, and can afford it, please donate off to the right at the pay pal button, so we can continue to follow the news as it happens, especially right now, when its all speeding up.

We would like to express our deep appreciation to those who have contributed to this blog.  We could not have done as we have, without you during these tough times we have all been through. We personally know how tought it has been to stand by us.

We are grateful for all the comments and statements of appreciation we have received and we hope to be able to continue that service at a level we have strived to achieve.  If you have not contributed before, please go to the right and donate, if you can afford it, at the pay pal button in the pay pall site.   Thank you all so much and God Bless you all.

Vatic Note:   This is fascinating and given the level of high technology that we are not told about, it would not surprise me this is the case.  Please read and use your own judgement on this, but keep in mind what we DO know and also at the end of this is a list of those who exposed much that has helped us today that were killed either by the government or a foreign power to shut them up.

You will recognize the names easily.  I just didn't realize until we did this blog,  just how many good honest men we have lost.  They are heros and should be given the medal of freedom instead of the molech satanist George HW Bush.

What an insult it was to have these great men below forgotten and ignored why the cream of the lizard crop was given the highest civilian honor for his mafia work, assassinations, drug running, nation destroying, and sexual perversions at the same time.   WE have come a long way down haven't we?  Remember, NEVER vote for another Bush again.  NOT EVER, THEY ARE THE DEMONS OF THE WORLD. 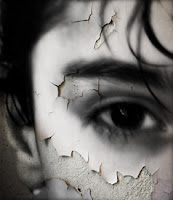 Some children of Illuminati parents are genetically-bred to be outstanding psychics. These victims are trained to perform as psychic assassins, possessing the capability of causing cardiac arrest or neural dysfunction. Former Soviet Premier Yuri Andropov was assassinated in this manner.

A major psy-ops team is known as Janus; it is directed from the NATO headquarters in Belgium. Another high-level psy-ops assassination team is composed of very intelligent African-American women, known as the Black Angels. STOP MISLEADING the CHILDREN, MR. JENNINGS by Brian Desborough http://www.whale.to/b/desborough.html

Major Ed Dames (Retired) has stated that military remote-viewers operate in theta. This is a brainwave frequency of 4-7 Hz. So it may be that lower frequencies in the 6-20 Hz window are more powerful for psi activity. Since the energy of the EM wave is related to frequency, if we lower the frequency of our brainwaves we can think with less energy and our biophysical RV vehicles are therefore more efficient. [1996 Nexus] REMOTE VIEWING: THE STORY OF THE REAL X FILES By Turan Rifat http://www.whale.to/b/rifata.html
Sullivan's description of Theta programming seems to correlate with the development and use of so-called extrasensory powers and extraphysical abilities. "Theta was where they used - I don't like the word 'psychic' because I think it's been so misused - thought energy," she said. "I just knew it as magnetic-type energy from the individual to do a number of different things that they were experimenting with, including long-distance mind connection with other people - even in other countries. I guess you would call it 'remote viewing' - where I could see what a person was doing in another state in a room or something like that. It was both actual programming and experimentation. Because what they did - they kept it encapsulated in several parts of me, several altered states. It was a lot of training, a lot of experimentation."

Theta programming also implies the use of thought energy to kill someone at a distance.

"A lot of times I ran across other victims with Theta programming," Sullivan said in a recent CKLN radio interview. "One of the movie and book themes they used extensively was Dune, by Frank Herbert. It won't be too hard to figure because what they taught us was that we could cause things to happen to other people.

It was to build up rage inside. It would come out in a form of pure energy that would hit them... They had talked about people imploding internally in their digestive organs. I don't know because I can't see what goes on inside another body, but I do know that it does work." MIND CONTROL SLAVERY & The NEW WORLD ORDER - by Uri Dowbenko http://www.whale.to/b/dowbenko1.html

Thetas are called psychic killers.......Then there’s Omega. I usually don’t include that word when I say my first question about this or any part inside that knows about Alpha, Beta, Delta, Theta, because Omega will shake them even more. Omega has to do with self-destruct programming.

Alpha and Omega, the beginning and the end. This can include self-mutilation as well as killing-themselves programming. Gamma appears to be system-protection and deception programming which will provide misinformation to you, try to misdirect you, tell you half-truths, protect different things inside. There can also be other Greek letters. D. Corydon Hammond, Ph.D. file:///F:/whale/b/greenbaum.html

Col. John B. Alexander, US Army and part of the Monarch Programming, wrote for Psychic Warfare, "Psychotronics may be described as the interaction of the mind and matter. While the concepts may stretch the imagination of many readers, research in this area has been underway for years, and the possibility for employment as weaponry has been explored. To be more specific, there are weapons systems that operate on the power of the mind and whose lethal capacity has already been demonstrated."

Some of those systems are Monarch systems of the Theta Model, and many of those in the military are young men of the Illuminati. Some have been seen at NORAD, in Colorado, which helps confirm that Theta models are being employed to bring in the Anti-Christ. (NORAD is a main center for Alex and Janus end-timed programming.) .........

Since slaves can not be consistently given Theta programming, a surgical implantation of a sodium/lithium powered high frequency receiver/transducers coupled with a multi-range discharge capacitor was placed into the brains of Monarch slaves. This gives the handlers the ability to signal by remote signals to the victim’s brain. When the receiver picks up the signals they electronically stimulate certain areas of the brain which in turn triggers pre-set programming.

Implants are now being placed in a high percentage of the Monarch slaves. (VN: is Obama a Monarch slave under CIA control, which is under a foreign countries control?)  The Illuminati Formula Used to Create an Undetectable Total Mind Controlled Slave by Fritz Springmeier & Cisco Wheeler http://www.whale.to/b/sp/for.html  (VN: Remember Fritz springmeier is encarcerated and now was possibly either released, or dead... and while in jail, could receive no visitors except his wife and she can only talk to him for one hour every two years. So how did that happen and why? Is he now dead? Hard to almost impossible to find any info on him at all.)

He was also murdered, read about it here.
http://hubpages.com/hub/Pproject-Blue-Beam-Who-killed-serge-Monast

Joe Vialls is the man who exposed the common use of MicroNUKES by the establishment along with many other very detailed reports. **KILLED BY THE ESTABLISHMENT**

Phil was beaten, finger chopped off and strangled in his appartment after around the 9th attempt on his life. Phil exposed underground bases, ufos, space created materials, aliens, prison trains and depopulation plans. This guy knew way to much and was one of the biggest threats to the no link agendas.

Sherman was a 50th veteran in truthsaying everything from naming names, busting court judges (the judge buster), JESUITS/Vatican and much much more. Sherman's death remains a mystery but it seems he may have been killed as he was one of G.W Bush's public enemy number 1's.

High level exposer of the inner core of the Conspiracy and it's invisible bars itself. Very high level de-programmer of mind control victims and once again a big exposer. Fitted up on phony robbery charges by the establishment and his devious wife. Now teaches inmates at the prison he's held within.

was that stenographer who ranted at the podium in Congress Wednesday night a Monarch slave?

Her behavior seemed suddenly triggered by something, and she was hauled off for a "mental heath evaluation." But I wonder...

Wow, damn good question. I agree, it sounds like she was. Her programming must have been slipping. LOL

same Anonymous here... I actually had a thought that it was staged, that that WAS her programming, and the purpose may have been to cause truth-seekers to appear "mentally ill."

What I'm trying to say is, before and currently, with Obamacare, there is increasing attention being paid to "the problems of mental illness," which if you think about it, is kind of bizarre.

Why are so many of us being labeled mentally ill and drugged? Why the psychoactive pharmaceuticals? Why the prozac for just about everything?

I'm a natural medicine person, so I know that most of these problems are not really problems OR they are problems due to environmental toxins or psychological attacks (or programming). Drugs certainly are NOT the answer.

So I just have a gut feeling about this lady, who was seen acting totally normally prior to her outburst, and an unidentified gray-haired man was seen talking to her, and THEN she seemed to go into a trance and walked to the podium and began ranting.

And there was also that poor lady shot and killed at the capitol, again getting a media focus on "mental illness" -- I think the public is being mentally programmed to think mental illness lurks around every corner, just like we are being programmed to hate and be scared of guns (and all those insane school suspensions of young kids for thinking about guns...)

What do you think?