Vatic Note:  What this is describing below is not "War", nor "fighting terror", nor anything resembling those concepts.  What is being described below is MURDER.  MASS MURDER, as a matter of fact.   That is a death penalty offense and those engaging in it must be identified.

Like "Who is in charge of the Drones in the Pentagon???  Who is he, where did he go to school,  where does he live and who does he take orders from?  These are the things we need to know.  Further Solzenitzen warned everyone on the planet NOT TO SIT AND TAKE WHAT IS COMING, rather make it cost those who are doing this, either cost them personally, or aggregately.

He said for us to imagine how different things might have turned out in Russia, had the people used whatever weapons they had to stave off those coming to collect themselves for the purpose of either murdering them or sending them to prison camps.  Self defense is a legitimate concept. The collaborators would have thought twice if when they left home in the morning to do the traitors work, they were unsure if they would return that night.  He honestly believed if the Russians had not made it so easy for the enforcers to do their job,  none of it would have happened as it did.

Lets keep that in mind.  When you have no were to go, then straight ahead is the only option and do it with real intent in your entire body.  Make it clear within yourself that nothing is going to stop you from living a free and liberty conscious life.... and all obstacles to that goal will be brought down.  If every one did that,  this would never take place.

Why?  Because the "insane" ones are cowards and we saw that in vietnam.  Not a single one of them would face combat, even armed to the teeth, they ran and squirmed and slithered like the slimy belly crawling, drug crazed, sex addict lizards that they are.  We, on the other hand, have stood tall on two legs with courage abounding... do not engage in fear, rather righteous indignation and anger.   We are POWERFUL BEINGS and they know it and they fear us.  Trust me they do.   That is why all the slithering around like worms, instead of direct communication and  honesty.


Activists like Jesse Ventura and Alex Jones have been warning about false flag operations and the rising American police state for years. Although some in the mainstream considered them on the fringe, many of their warnings were right on target and many of their predictions are coming to fruition.


Of rising concern is the militarization of the nation’s civilian police force and the arming of law enforcement officers with military-grade armaments and weapons systems. Among the new high-tech weapons platforms being readied for massive deployment across America are drones of various configurations for different mission profiles. 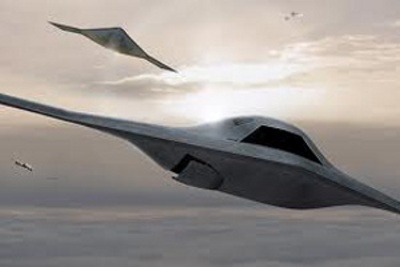 Plans have been drawn to employ domestic drones for surveillence operations against American citizens living in the U.S. Other drones will monitor suspected criminal or terrorist activities, while still others will be armed enabling lethal attacks against U.S. citizens—possibly innocent Americans that will no doubt be written off as collateral damage.


But the most frightening scenario that’s suspected by some researchers who may be at the leading edge of the gathering storm: the weaponization of domestic drones with high explosive missiles and deadly biowarfare weapons.

An angry Marine
United States Marine, John Dignut is angry and scared. Dignut has seen the enemy and he’s us…at least some of us.


The grizzled, combat-decorated jarhead can’t believe what’s happened to his beloved country…or the insanity of some of the electorate that are supporting such fascist police state laws as the Patriot Acts one and two, NDAA (National Defense Authorization Act), and the federal government’s stated intention to deploy military and civilian UAVs—also called drones—over American cities and rural areas.

BAE Systems stealth Taranis military drone
Dignut warns that forces in the government will use people to control other people; use people to suppress, beat, torture, and intimidate other people; and use the most ignorant of the people to build “the control grids, and other infrastructure of the Police-Terror-State.”

The former Marine then reveals the terrible goal of those that have come to fear their own people: “It will come in the form of a pathogen (bioweapon), most probably an influenza strain that has been modified [or] engineered to be particularly lethal to anyone that did not receive the antigen…“
The best delivery system? Drones. [More…]

“We now learn that of the NDAA is being interpreted as authorization to deploy military drones (unmanned aerial vehicles or UAVs) into United States airspace in the latest escalation of U.S. military actions in the War of Terror. To support the deployment a massive overhaul of the FAA control system is underway.

“The Congressional Record makes it clear the act will deploy military drones controlled by NASA and the DOJ under authorization contained with the 2012 NDAA. The deployment of the military drones will be rolled out following the establishment test ranges to develop the system needed to integrate military drones into the U.S Airspace System.” — Alexander Higgins.


Chief Deputy Randy McDaniel of the Montgomery County Sheriff’s Office in Texas told The Daily that his department is considering using rubber bullets and tear gas on its [department's new] drone.

“Those are things that law enforcement utilizes day in and day out and in certain situations it might be advantageous to have this type of system on the UAV (unmanned aerial vehicle),” McDaniel told The Daily.

In fact, police departments are lining up across the country to receive federal training and join the growing list of local law enforcement departments seeking to
acquire one of the 30,000 drones that are
planned to be deployed over the next decade or two.

Peter Singer of the Washington think tank Brookings Institution outlines the coming deployment of robotic systems and how they will be used in warfare and to control domestic populations. The brave new world he lays out in detail puts Orwells’ 1984 Big Brother police state to shame. [Wired for War: The Robotics Revolution and Conflict in the 21st Century]
More at: Police Announce Plans To Weaponize Drones Flying Over US Skies


One of the loudest voices raising the alarm over the coming drone network is Judge Napolitano, an outspoken advocate of liberty, privacy rights, and individual freedom. Recently, Napolitano declared that the first citizen to shoot down a drone will be an American patriot.
Napolitano discussed the rising danger of drones and their intrusive, even lethal, capabilities with Lew Rockwell.

Napolitano: Much of this has happened without any popular vote. It has been decisions by bureaucrats and law enforcement. It started with the federal government. For one you had the Patriot Act and in the other hand you had the president decided to become Judge, Jury and Executioner of an American in a Foreign country. He doesn’t need a trial. We don’t have time for a trial and the evidence of guilt is so overwhelming. We know their argument. What can we do about this Lew Rockwell?

Rockwell: Of course we also have to focus on the security industrial complex and the vast networks of companies that are making so much money off of these drones and all of the rest of the toys, you know the tanks and all of the other things that local cops have and so forth. So we need to educate ourselves. How about reading your new book, that would be one thing that people could do.


Or reading your previous book, the one on the patriot act, because we have to educate ourselves. We have to understand what our freedoms are, who our enemies are. And it is not some guy in Yemen. Our enemy is in Washington DC, and every in every other capital and local government office building. That’s where the enemy is. Those are the people who want to take away our freedom, are taking away our freedom and taking our money away to.
More at Police Unleashing Army Of Assassination Drones Against US Citizens

Use of bioweapon drones by terrorists sets stage for false flag operation?
BusinessInsider.com reports that “In a meeting meant to calm residents fear about hosting missiles on their rooftops during the Olympic games, Lieutenant Colonel Brian Fahy told Londoners it’s possible that drones laden with biological weapons may be used in an attack during the upcoming games” in Unmanned Poison Drones Are The Latest Threat To This Summer’s Olympic Games

Such a statement raises the hackles of privacy experts and investigators who fear that such claims may be setting the stage for a false flag attack by government controlled drones on domestic populations. In the aftermath of such an attack martial law, draconion edicts repressing liberty, and the possible suspension of the Constitution may follow.

American Armaggedon: ‘DHS may be dangerous to your health’

Biowarfare investigators note that “Hundreds of whitepapers have been published by think-tanks, universities, NGO’s and various governmental agencies that state that bio-terror and its subsequent pandemic is not a matter or if but when. The simple fact that these whitepapers exists in mass confirms that a bio-terror pandemic is the establishment plan for the stated goal of population reduction.

“As the Army War College whitepaper entitled U.S. Strategy For Bioterrorism Emergency Medical Preparedness And Response openly states, ‘The Department of Homeland Security may be dangerous to your health.‘”[Emphasis added.]

Finally, this last word on a domestic bioweapon domestic drone attack: “If and when a full-scale bio-terror attack occurs, the live pathogens or agents responsible for the pandemic will likely be dispersed via chemtrails by government airplanes or drones…“

Drones could be the agent for millions of future deaths.  (VN:  Therefore its imperative everyone shoot down a  drone, or Tell  you superiors its unlawfull to do what they are doing, and there for in following your oath, by shooting it down)
The article is reproduced in accordance with Section 107 of title 17 of the Copyright Law of the United States relating to fair-use and is for the purposes of criticism, comment, news reporting, teaching, scholarship, and research.
Posted by M. C. Bruecke at 1:00 AM