The relationship between the National Security Agency (NSA) and Google is not going to be disclosed.

A US Court of Appeals in the District of Columbia, ruled last week that the NSA does not need to confirm nor deny (known as a “Glomar” response) its collaborations with Google; how the two work together to spy on American citizens in the name of protecting the public from false flag “cyber-attacks”. 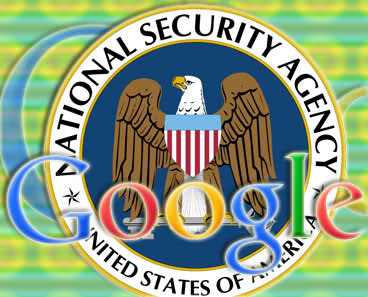 The court’s ruling states effectively that regardless of a filing by the Electronic Privacy Information Center (EPIC) with the Freedom of Information Act to obtain documents as to the relationship, the US government does not have to divulge any arrangement between the NSA and the search engine giant.

This request by EPIC was spurned after a cyber-attack on Chinese human rights activists was conducted through their Gmail accounts. EPIC v. NSA is the name of the court case. Google complained that the Chinese government had instigated the attacks on their own people.

Then Google was found to be teaming up with the NSA to collect data on users and analyze the cyber-attack under the guise of preventing another in the future.

David Drummond, Google’s chief legal officer, stated that Google was notifying corporations that may have been targets and working with US federal authorities.

“The existence of a relationship or communications between the NSA and any private company certainly constitutes an ‘activity’ of the agency subject to protection” from public disclosure, said Judge Janice Rogers Brown. “Moreover, if private entities knew that any of their attempts to reach out to NSA could be made public through a FOIA request, they might hesitate or decline to contact the agency, thereby hindering its Information Assurance mission.”

The Wall Street Journal reported that NSA was contacted by Google moments after the attacks.

The NSA has the directive to use Google’s hardware and software vulnerabilities to conduct surveillance against its users. While the legalities are questionable, it appears as though the US government is covering its tracks so that those questions will remain unanswered.

Google quickly changed their encryption protocols after the attacks, while its statement to the media revealed that Google was collaborating with “relevant US authorities”.

Google’s new policy settings are highly invasive and in violation of European Law according to the EU’s justice commissioner.

The violations are with the data collected and shared with multiple platforms owned and operated by the search engine giant; such as YouTube, Gmail and Blogger.

Of course, Google claims that “we are confident that our new simple, clear and transparent privacy policy respects all European data protection laws and principles.” The new configurations are only there for specific tailoring of effective search results for customer optimization.

However, browsing history and data collecting can be shared throughout websites across the web thanks to Google’s spying on its users.

“Google is putting advertisers’ interests before user privacy and should not be rushing ahead before the public understand what the changes will mean,” said Kick Pickles of the campaign group Big Brother Watch.

And now Google is putting its relationship with the NSA ahead of public disclosure.

What else are they not wanting the public to know?