Vatic Note:   What we are seeing here in all areas of our lives is a serious LIFE AND DEATH attack on America and Americans, by FOREIGN INTERESTS such as international Khazar Banking Cartel Led by the Rothschild Dynasty.  They have accumulated wealth to the level of a first world economy and with it purchased their own country, Israel, which was then given legitamacy by the Illuminati British crown (that is a German khazar) in order to operate in both worlds,  the world of underground deceit behind the Jewish name and out in the open as a Military dictatorship within the country Rothschild purchased.  They were and are committing genocide on their own population as satanists, because of their fear and hatred of Christians and other one God based religions.  They have infiltrated and taken over America and are conducting themselves in the same manner as they do in Israel.   Now its Americans they are coming after.  This poor man and his family are victims as surely as you and I are with the attack against our bodies through poisoning of our food, air and water.  Its time to wake up as the nexus point of action is quickly closing in.   Soon military force will be used on everyone as you will see further into this blog.   Examples of this happening all across America are surfacing to ensure our education about the level and seriousness of our police state that is now emerging.  Its time to take names and prepare.  Soon, all will be affected by it.  Time to wake up. It seems they like to pick on old people.  Both these stories below are of people 60 years old and above.  Brave indeed. 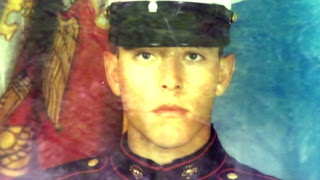 An epidemic is sweeping the nation. In this special report, never seen on the mainstream news, we look at the symptoms of tyranny and take you to Arizona where the Oathkeepers converged to march for a fallen Marine. Jose Manuel Guerena was shot 61 times in his home when Pima County SWAT entered to serve a search warrant. You will get an inside look at the Oathkeepers memorial service where Stewart Rhodes and Sheriff Richard Mack spoke of the recent abuses, presented the widow with a plaque, and provided solutions on how you can overcome these symptoms of tyranny.   (See video below of the murder)

Vatic Note:   Now check this one out where a Louisiana Cop beats up an old man for nothing.  As more and more of this kind of police brutality begins to surface, the police officer on the street needs to reassess his training and his instructions from his supervisors since they are being set up to do the dirty work for the foreign interest enemies with the aid of traitors within the gates, such that they will be the first and usually only person on the docket when this all crashes around them.  Better to side with your Fellow Americans than to go down for those who will betray you later on.  They have NO RESPECT FOR TRAITORS and would never trust you once they obtain control.  You need to understand that.  They betrayed those that aided them in the overthrow of two other nations, Russia in 1917 and Germany in the 30's.   Now us here in America and they CANNOT TAKE US OVER WITHOUT YOUR COOPERATION.  They need our military and our law enforcement on the ground locally to complete their occupation and take over of our nation.  Without it, they are just a few thousand criminals who have broken just about every  law on our books and are waking free. 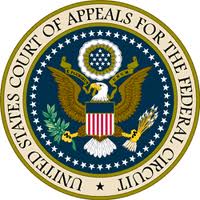 
Police in Louisiana slammed a 67-year-old man into the ground, arresting him over a questionable traffic violation. The state court of appeals ruled May 11 that Calvin D. Miller's injuries were only worth $25,000 in compensation. Miller had been driving his big rig logging truck home to Florien on US Highway 171 at 5:30pm on July 13, 2007.

As he passed through the Village of Hornbeck, Officers Kenneth Hatchett, Jr., and Andy Mitchell, 19, pulled him over because he began speeding up "about 100 feet" before the limit changed from 45 to 55 MPH. Having driven the road for the past forty-seven years, Miller was quite familiar with the speed limit. He insisted he was not speeding.

Miller punched his own fist, then turned his back on the officers and began walking away. They threw him to the ground, deliberately slamming his head into the concrete so he could be handcuffed tightly. After Miller's wife bailed him out, Miller went to Byrd Regional Hospital where physicians documented the gash on Miller's forehead, the swelling and bruises and the injury to his wrist and arms. His missed two weeks of work after the incident.

"You don't turn your back on a cop," Officer Hatchett explained.

"Officers Hatchett and Mitchell had the considerable advantage of youth, height, weight and weaponry over Miller," Beasley ruled. "There was no testimony that Miller, at any time during the altercation, brandished or was perceived to possess a weapon. Although Miller was attempting to leave the scene, the stop did not require taking him into custody."

Beasley found the officers entirely at fault for Miller's injuries and awarded him $25,000 in damages. The officers appealed the ruling, insisting they had full immunity from prosecution. A three-judge appellate panel rejected the claim and upheld the judgment in full, declining to adjust the damages up or down.

"The totality of the circumstances support the trial court's finding that the two young armed officers faced little or no risks from Miller for his crime of 'speeding' (assuming it to be true) shortly before he actually reached the fifty-five-mile-per-hour sign," Judge Shannon J. Gremillion wrote for the appeals court. "There is no error in the finding that the force used was excessive and not motivated by officer safety, but to adjust Miller's attitude."

A copy of the decision is available in a 100k PDF file at the source link below.

I agree with the Vatic note on the Khazar Cartel, the purchase of Israel, et at.. but lets not forget their financial presence in every developed country, on the basis of Rothschilds " I care not who makes the laws, so long as I lend the money" Lender..of debt.
After all he invented foreign debt...
We were so blind to follow, in that 200 years, we have created the monster. Its not too late.

There is full documented evidence on how Standard Oil NY, yes SONY, funded the Russian Revolution, incl the deciphered telegrame to the Bank of Siberia , where J.P.M sent millions of private US dollars to continue funding the war (revolution) effort. There is full evidence of the shipload of gold ($20M) with 300 trained men, intercepted by Bitish intelligence on its way to Europe, from N.Y. where this band of hand picked thugs were trained (in the shipyards of S.O.N.Y.) for a privately funded planned takeover of European freedom and eventual Soviet Union. This was carried out under sanction of the U.S lobby

This Union was the plan of the illuminati to sieze control of Eastern Europe via elite political means installed as the Kremlin, in the time of planning (1905) as a disguised civil unrest. The rest is history. This is happening to the U.S. now, the civil unrest is being forced by the Global Finance Crisis - which is a synthetic lie.

There is no crisis except that which is created by the banks themselves, for this purpose.

There is a simple solution : Use the same machinery the illiminati did from the 2nd world war: political blame. How? Its easy to see how they made 1st profit, they sold arms ... & 2nd profit, by accusation, which was later compensated financially.
The Germans were double crossed !
Hitler was not Arian, he hated Germans, and he displayed a hatred for Jews. that was a con as well. Check the history archives which bankers were involved in this pantomime where the only music was firepower. What a joke ...

The Arian race was a con, media-propaganda hungry germans fell for it. the real purpose of the war was to allow the illuminati to take full political control,
Where do you see Arian in Hitler ?

He sent more Germans to their deaths under the guise of war, than anyone in history, at the same time going in to valuable territories ( Italy , France , Russia )using U.S. made munitions, to weaken or stop competition.
He even destroyed german infrastructure at the end of the war, by design, to use up the stockpile of U.S munitions which may have been otherwise discovered. Eventually it was.

The war not only killed German soldiers, it got rid of jewish competition, whilst allowing an opportunity to restructure financial positions. 3 birds with 1 war.

We have every right to bring the facts against the illuminati companies so visibly involved, as I said the records are available.
They can pay back the American Debt and the German Debt, and the Russian Debt in that order. The High Courts at this point in time would have no choice but to award damages. Believe me, Rothschild can afford it ... Talon R

What are you waiting for ? Within 2 years those records will be outlawed. Act now, demand restoration to the beautiful world we once lived in, uncomplicated of foreign debt.