Vatic Note:  Notice today there is a set day for the British war mongers to leave Iraq, and leaving the Iraq people to the mercy of the Israeli's.  Why the date they stated?  Are they going into training for their domestic concentration camps???  Since when is it a crime to strike?  Notice how even civil offenses are now criminal and now we stock PRIVATELY CONTRACTED  prisons with law abiding citizens?   This is a new war game for when the British equivalency of the  FEMA camps become operational.  This is exactly what happens when you give up your right to arm yourself and give up your guns.  We are not there YET, because we still have ours, but the minute they get them, you can kiss your freedom goodbye and say Hello to the FEMA camps.  Its why I watch what Britian does since it generally ends up here once they work out the kinks over there, since their people are unarmed and have no choice,  that is what being armed does.... it gives you CHOICE.    Get the soldiers desensitized to the idea of seeing and guarding their own people behind bars in camps.  Sounds like the Palestinians doesn't it?   That is how you can tell Israel is running all our governments,  because every other nation on the face of the earth would understand and know that its human and normal for a soldier not to want to be responsible for imprisoning his own family, friends and countrymen, but not the Israeli's, why?  Becuase they do it all the time.  They have no concept about caring or compassion for anyone but themselves..... it used to be called narcississm,  but the khazars have honed it to a fine art skill so now its called psychopathy.   You can't teach it to others and even brainwashing won't always hold.   You have to genetically hardwire psychopathy into someone who has a conscience, humanity and compassion.  Its the only way to truly get rid of it.  Given satanic ritual abuse running rampid in our society today, I suspect that is how they have managed to pull it off.   They really did mean what they said about the goyim being so stupid that we would buy anything they and their press tell us.   We will see.   One thing is certain,  first they have to disarm us and and in this environment, that is something I would really like to see.   Not going to happen, and that is not an opinion or a judgement, rather a factual observation!!!!

Thousands of soldiers to be trained to run prisons as the Government prepares for strikes
http://www.dailymail.co.uk/news/article-1360564/Soldiers-trained-run-prisons-Government-prepares-strikes.html#ixzz1F086vBXq
By Daily Mail Reporter

Soldiers will run prisons if guards go on strike as part of protests against public sector cuts, it was revealed today.  Thousands of troops will receive training in restraint techniques and fire safety as the Government prepares contingencies against a wave of industrial action.

Ministers expect staff to walk out over Justice Secretary Ken Clarke's plans to privatise two prisons and have drawn up plans with the Ministry of Defence The Times reported. 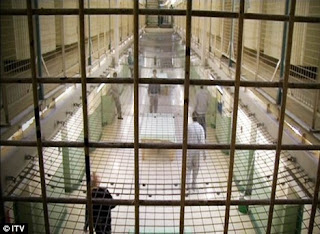 Training: Troops could take over the running of British jails in the event of industrial action by prison officers A Ministry of Justice spokesman said: 'Our aim is to avoid any form of industrial action and we will continue to talk to all unions to do everything possible to achieve that. 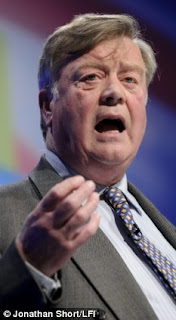 'There was a previous trilateral agreement with the police and the military for the provision of support to prisons and we are currently reviewing those arrangements and working with the MoD and police to ensure that our contingency arrangements are as strong as possible.'


A source told The Times that as many as 3,000 soldiers will receive initial training beginning in April.

It is thought that using soldiers to staff jails during industrial action would be much less provocative than employing police, whose relationship with inmates would be strained.

The plans co-incide with the setting-up of a special unit within the Cabinet Office to counter expected mass industrial action.

Officials have conducted ‘war games’ to ensure that strike breakers are available to run vital facilities such as the Tube and energy hotspots such as power stations.

Transport managers and prison bosses have been ordered to organise agency workers and teams of managers to cross picket lines amid fears of a nationwide summer of industrial action.

Ministers believe militant union bosses are planning to bring Britain to a halt with coordinated strikes on roads, railways, and throughout the public services.

The unit, run by Cabinet Office Minister Francis Maude has analysed the workforce at thousands of prisons, schools, hospitals, railway stations, bus depots and energy facilities to work out where the most militant union staff are based.

Managers at HM Revenue & Customs and the benefits system have been told to prepare contingency plans to keep tax and benefits money flowing.

The plans, drawn up in utmost secrecy, are the coalition’s attempt to emulate Margaret Thatcher’s preparations ahead of the miners’ strike in 1984.

Prison officers are banned from going on strike, but in 2007 they staged wildcat action and the jail population was left mostly locked in cells. 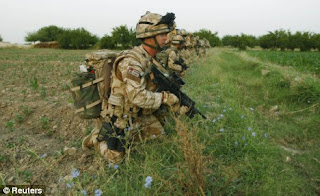 Different role: Troops more used to serving in places such as Afghanistan will be called on to staff prisons (file picture)

It's more ominous than you may realize, for two reasons.
The first is that the mission of a soldier is to destroy the enemy. The mission of a prison guard is to control prisoners. Prisons don't hire just anyone off the street and hope for the best. They try to control prisoners with a combination of force and smarts. There's an old saying, "The highest form of self defense is to remove the reason for the attack." Soldiers aren't trained to use the same social skills as prison guards.
The second goes back to the Rotten Barrel Theory. Prison is already a rotten barrel. Even the wisest prison administration can do no more than make it a little less so. Putting prisoners under the control of people who aren't trained to manage prisoners will make both the prisoners even more rotten. Worse, it will make the soldiers rotten. Remember the nice girl from West Virginia who enjoyed tormenting naked Muslim "detainees"? With soldiers in charge of American prisons, we'll have it at home.