Vatic Note:   What has hit me in doing this research is the importance to the satanists of destroying or mitigating the impact of consciousness on our DNA and the translation of that impact on our health, mental wellbeing, and sanity.   Its apparent why the fear is being promoted and pumped constantly at us,  the lies, hate, the negative information and messing with our beliefs about our world.

I just started down another rabbit hole about water and the fact that also affects our consciousness and also why that is visibly under attack as well.   Will cover that one when we finish the research.   I tried to write up what I had but could not becuase once done, it would disappear and only that one would continually disappear, so I hve to wait for a shift change again.   lol

I can always tell when we hit pay dirt, because they do that to us whenever we hit something they absolutely do not want out there and that was one of the big ones.   Everything else goes up but they never let up what they don't want out there.   Water, they don't want you to know its unique and unusual properties and its vibrational memory that scientists have recorded within the water molecule.   That is for another time when we get a shift change.   Enjoy and remember all that we have put up here showing their vicious attack on our DNA and thus on our consciousness and ability to evolve and affect our world.  That means clearly that we are WAY MORE POWERFUL THAN THEY WANT US TO FIND OUT. 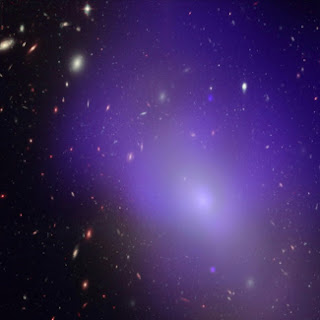 At a physics meeting last October, Nobel laureate David Gross outlined 25 questions in science that he thought physics might help answer. Nestled among queries about black holes and the nature of dark matter and dark energy were questions that wandered beyond the traditional bounds of physics to venture into areas typically associated with the life sciences.

One of the Gross's questions involved human consciousness.

He wondered whether scientists would ever be able to measure the onset consciousness in infants and speculated that consciousness might be similar to what physicists call a "phase transition," an abrupt and sudden large-scale transformation resulting from several microscopic changes. The emergence of superconductivity in certain metals when cooled below a critical temperature is an example of a phase transition.

In a recent email interview, Gross said he figures there are probably many different levels of consciousness, but he believes that language is a crucial factor distinguishing the human variety from that of animals.

Gross isn't the only physicist with ideas about consciousness.

Roger Penrose, a mathematical physicist at Oxford University, believes that if a "theory of everything" is ever developed in physics to explain all the known phenomena in the universe, it should at least partially account for consciousness.

Penrose also believes that quantum mechanics, the rules governing the physical world at the subatomic level, might play an important role in consciousness.

It wasn't that long ago that the study of consciousness was considered to be too abstract, too subjective or too difficult to study scientifically. But in recent years, it has emerged as one of the hottest new fields in biology, similar to string theory in physics or the search for extraterrestrial life in astronomy.

No longer the sole purview of philosophers and mystics, consciousness is now attracting the attention of scientists from across a variety of different fields, each, it seems, with their own theories about what consciousness is and how it arises from the brain.

In many religions, consciousness is closely tied to the ancient notion of the soul, the idea that in each of us, there exists an immaterial essence that survives death and perhaps even predates birth. It was believed that the soul was what allowed us to think and feel, remember and reason.

Our personality, our individuality and our humanity were all believed to originate from the soul. (VN:  the evil ones know this already!!!  Is this why our DNA is under attack?)

Nowadays, these things are generally attributed to physical processes in the brain, but exactly how chemical and electrical signals between trillions of brain cells called neurons are transformed into thoughts, emotions and a sense of self is still unknown.

"Almost everyone agrees that there will be very strong correlations between what's in the brain and consciousness," says David Chalmers, a philosophy professor and Director of the Center for Consciousness at the Australian National University. "The question is what kind of explanation that will give you. We want more than correlation, we want explanation -- how and why do brain process give rise to consciousness? That's the big mystery."  (VN:  The missing factor is the dark matter we covered on here before that invades everything including our cells and our DNA at a basic quantum level, once they include that connection which the military has already done, then they will see the answer).

Chalmers is best known for distinguishing between the 'easy' problems of consciousness and the 'hard' problem.

The easy problems are those that deal with functions and behaviors associated with consciousness and include questions such as these: How does perception occur? How does the brain bind different kinds of sensory information together to produce the illusion of a seamless experience?

"Those are what I call the easy problems, not because they're trivial, but because they fall within the standard methods of the cognitive sciences," Chalmers says.

The hard problem for Chalmers is that of subjective experience.

According to Chalmers, the subjective nature of consciousness prevents it from being explained in terms of simpler components, a method used to great success in other areas of science. He believes that unlike most of the physical world, which can be broken down into individual atoms, or organisms, which can be understood in terms of cells, consciousness is an irreducible aspect of the universe, like space and time and mass.

"Those things in a way didn't need to evolve," said Chalmers. "They were part of the fundamental furniture of the world all along."

Instead of trying to reduce consciousness to something else, Chalmers believes consciousness should simply be taken for granted, the way that space and time and mass are in physics. According to this view, a theory of consciousness would not explain what consciousness is or how it arose; instead, it would try to explain the relationship between consciousness and everything else in the world.

Not everyone is enthusiastic about this idea, however.

"It's not very helpful," said Susan Greenfield, a professor of pharmacology at Oxford University.  "You can't do very much with it," Greenfield points out. "It's the last resort, because what can you possibly do with that idea? You can't prove it or disprove it, and you can't test it. It doesn't offer an explanation, or any enlightenment, or any answers about why people feel the way they feel."

Greenfield's own theory of consciousness is influenced by her experience working with drugs and mental diseases. Unlike some other scientists -- most notably the late Francis Crick, co-discoverer of the structure of DNA, and his colleague Christof Koch, a professor of computation and neural systems at Caltech -- who believed that different aspects of consciousness like visual awareness are encoded by specific neurons, Greenfield thinks that consciousness involves large groups of nonspecialized neurons scattered throughout the brain.

Important for Greenfield's theory is a distinction between 'consciousness' and 'mind,' terms that she says many of her colleagues use interchangeably, but which she believes are two entirely different concepts.

According to Greenfield, the mind is made up of the physical connections between neurons. These connections evolve slowly and are influenced by our past experiences and therefore, everyone's brain is unique.

But whereas the mind is rooted in the physical connections between neurons, Greenfield believes that consciousness is an emergent property of the brain, similar to the 'wetness' of water or the 'transparency' of glass, both of which are properties that are the result of -- that is, they emerge from -- the actions of individual molecules.

Part of the mystery and excitement about consciousness is that scientists don't know what form the final answer will take.

"If I said to you I'd solved the hard problem, you wouldn't be able to guess whether it would be a formula, a model, a sensation, or a drug," said Greenfield. "What would I be giving you?"

Science seems to be converging on the notion that consciousness is a field effect. The real question in that case would be, is the field an independent entity (i.e., a "soul"), or is the field generated by the collective electro-chemical activity of the brain's neurons?

well, good question, there have been independant studies that show there is a connection to a much bigger field and the movement goes both ways, receiving and sending for lack of a better word and the DNA is absolutely critical to it. The Junk DNA is a scientifically defined full blown language which assumes interaction between two intelligences. Also work going on with dark matter and photons is also involved in this process.

It appears that experiments prove that its through the dark matter that instantaneous communication can go on between a persons DNA within the body and DNA outside the body. The military took over the experiment and sent the guy 300 miles away from his externally controlled DNA and had instantaneous affect on the dark matter and DNA of the unattached cell.

It appears that is why we get "gut" feels about things that we can't explain intellectually. You know, a bad feeling about something that you can't explain why you have it, so I believe the brain is not connected in this process. Get the book, "The Divine Matrix" by Greg Braden and read his reference to this experiment and follow up on it if you wish.