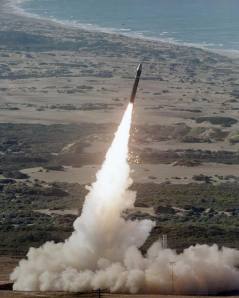 In a fresh week of revelations when NOAA calls in their lawyers to handle the fallout, Anderson adds further fuel to the fire and fumes against NOAA,  one of the four agencies charged with responsiblity for collating global climate temperatures. NOAA is now fighting a reargaurd legal defense to hold onto some semblance of credibility with growing evidence of systemic global warming data flaws by government climatologists.

Anderson, a successful Materials Physicist with his own laboratory, has looked closely at the evidence uncovered on NOAA. He has been astonished to discover, “Both higher altitudes and higher latitudes have been systematically removed from the measured temperature record with very poor and biased interpolated results taking their place.”

Like other esteemed scientists, Anderson has been quick to spot sinister flaws in official temperatures across northern Lake Michigan  as revealed in my earlier articles.

I had proven that the website operated by the Michigan State University had published ridiculously high surface water temperatures widely distributed over the lake many indicating super-boiling conditions. The fear is that these anomalies have been fed across the entire satellite dataset. The satellite that first ignited the fury is NOAA-16. But as we have since learned there are now five key satellites that have become either degraded or seriously compromised.

In his post Satellite Temperature Record Now Unreliable,  Anderson’s findings corroborate my own that NOAA sought to cover up the “sensor degradation” on their satellite, NOAA-16. The U.S. physicist agrees there may now be thousands of temperatures in the range of 415-604 degrees Fahrenheit automatically fed into computer climate models and contaminating climate models with a substantial warming bias. This may have gone on for a far longer period than the five years originally identified.

Anderson continues, “One has to marvel at either the scientific incompetence this reveals or the completely unethical behavior of NOAA and its paid researchers that is laid open before us.”

Indian Government Knew of Faults in 2004

I have further uncovered proof that the Indian government was long ago onto these faults, too. Researcher, Devendra Singh, tried and failed to draw attention to the increasing problems with the satellite as early as 2004 but his paper remained largely ignored outside of his native homeland.

Indian scientist, Singh reported that NOAA-16 started malfunctioning due to a scan motor problem that caused a ‘barcode’  appearance. Singh’s paper, ‘Performance of the NOAA-16 and AIRS temperature soundings over India’ exposed the satellite’s growing faults and identified three key errors that needed to be addressed.

Singh writes, “The first one is the instrument observation error. The second is caused by the differences in the observation time and location between the satellite and radiosonde. The third is sampling error due to atmospheric horizontal inhomogeneity of the field of view (FOV).” These from India thus endorse Dr. Anderson’s findings. 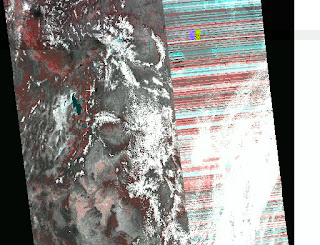 NOAA Proven to have engaged in Long-term Cover Up

My investigations are increasingly proving that such data was flagged by non-NOAA agencies years ago, but NOAA declined to publish notice of the faults until the problem was publicized loudly and widely in my first ‘satellitegate’ article, US Government in Massive New Global Warming Scandal – NOAA Disgraced.  Official explanations initially dismissed my findings. But then NOAA conceded my story was accurate in the face of the evidence.

My second article, shortly thereafter, exposed that a succession of record warm temperatures  in recent years may be based on contaminated satellite readings. But NOAA spokesman, Program Coordinator, Chuck Pistis declined to clarify the extent of the satellite instrument problem or how long the fault might have gone undetected.

Thereafter, in my third article, Official: Satellite Failure Means Decade of Global Warming Data Doubtful we saw the smoking gun evidence of a cover up after examining the offending satellite’s AVHRR Subsystem Summary. http://go2.wordpress.com/?id=725X1342&site=co2insanity.wordpress.com&url=http%3A%2F%2Fwww.oso.noaa.gov%2Fpoesstatus%2FcomponentStatusSummary.asp%3Fspacecraft%3D16%26subsystem%3D4&sref=http%3A%2F%2Fco2insanity.com%2F2010%2F08%2F19%2Fleading-us-physicist-labels-satellitegate-scandal-a-%E2%80%98catastrophe%E2%80%99%2F The official summary shows no report of any ‘sensor degradation’ (NOAA’s admission) since its launch in September 2000.

But even more sinister is the fact that the official online summary now only shows events recorded up to 2005. All subsequent notations, that was on NOAA’s web pages last week and showed entries inclusive to summer 2010, have now been removed. However, climatechangefraud.com  is displaying a sample of the missing evidence copied before NOAA took down the revealing web pages after it entered into ‘damage limitation mode.’

As events have unfolded we are also learning that major systemic failures in the rest of the satellite global data-collecting network were also not reported. Such serious flaws affect up to five U.S satellites as reported in an excellent article by Susan Bohan here.

Yes, Glenn, clearly the final data output was published by Michigan but the underlying fault is with your satellite!

With NOAA now hiding behind their attorneys we appear to see a contradiction of NOAA’s official pledge that “ The basic tenet of physical climate data management at NOAA is full and open data access” published in their document, NOAA/National Climatic Data Center Open Access to Physical Climate Data Policy December 2009.
Sadly, we may now be at the start of yet another protracted delay and concealment process that tarnished NASA’s and CRU’s reputations in Climategate. We saw in that scandal that for 3-7 years the US and the UK government agencies cynically and unlawfully stymied Freedom of Information requests (FOIA).

NASA’s disgrace was affirmed in March 2010 when they finally conceded that their data was in worse shape than the much-maligned Climatic Research Unit (CRU) at the UK’s University of East Anglia. CRU’s Professor Phil Jones only escaped criminal prosecution by way of a technicality.

The attorney credited with successfully forcing NASA to come clean was Christopher Horner,  senior fellow at the Competitive Enterprise Institute. Horner is now advising me as to how best to pursue a possible FOIA of my own against NOAA if they continue their obfuscation.

Meanwhile, back on his blog Anderson points to the key issues that NOAA tries to cover up. He refers to how Charles Pistis, Program Coordinator of the Michigan Sea Grant project, tried to pass off the dodgy data as being an accidental product of the satellite’s malfunction sensors taking readings off the top of clouds rather than the surface temperatures.

By contrast, Anderson cogently refutes this explanation showing that such bogus data was consistently of very high temperatures not associated with those detected from cloud tops. He advises it is fair to assume that NOAA were using this temperature anomaly to favorably hype a doomsaying agenda of ever-increasing temperatures that served the misinformation process of government propaganda.

As Pistis admitted, all such satellite data is fed automatically into records and apparently as long as it showed high enough temperatures to satisfy the catastrophic anthropogenic global warming (AGW) advocates of those numbers were not going to make careful scrutiny for at least half a decade.

Anderson bemoans, “One has to marvel at either the scientific incompetence this reveals or the completely unethical behavior of NOAA and its paid researchers that is laid open before us.”

“Charles Pistis has evaded the repeated question of whether the temperature measurement data from such satellites has gone into the NOAA temperature record. This sure suggests this is an awkward question to answer.”

While NOAA’s Nero fiddles ‘Rome’ continues to burn and the satellite network just keeps on falling apart. After NOAA-16 bit the dust last week NOAA-17 became rated ‘poor’ due to ‘scan motor degradation” while NOAA-18’s gyro’s are regarded by many now as good as dead. However, these satellites that each cross the U.S. twice per day at twelve-hour intervals are still giving “direct readout”(HRPT or APT)  or central processing to customers. So please, NOAA, tell us – is this GIGO still being fed into official climate models?

NOAA-17 appears in even worse condition. On February 12 and 19 2010 NOAA-17 concedes it has “ AVHRR Scan Motor Degradation” with “Product(s) or Data Impacted.”

Beleaguered NOAA customers have been told, “direct readout users are going to have to deal with the missing data gaps as best they can.”

On August 9, 2010, NOAA 17 was listed as on ‘poor’ with scan motor problems and rising motor currents. NOAA admits, “Constant rephase by the MIRP was causing data dropouts on all the HRPT stream and APT and GAC derivatives. Auto re-phase has now been disabled and the resulting AVHRR products are almost all unusable.”

NOAA continues with tests on ‘17’ with a view to finding a solution. On page 53 we find that NOAA-17 has an inoperable AMSU Instrument. The status for August 17, 2010 was RED (not operational) and NOAA is undertaking “urgent gyro tests on NOAA 18.” For further details see here.  More evidence proving NOAA is running a “degrading” satellite network can be read here.
Dr. Anderson sums up saying; “It is now perfectly clear that there are no reliable worldwide temperature records and that we have little more than anecdotal information on the temperature history of the Earth.”