Vatic Note: Since we are getting close to the end, it seemed that this last piece of 9-11 work was appropriate because that is what propelled us into oblivion and we should know and understand it well, in case we have to pass this info on through our progeny by oral tradition. Censorship is in full swing on my emails with links to their nasty illegal and criminal deeds, so this will be the only way to pass on how truly evil these khazars are. On top of that this is an excellent peice to read. 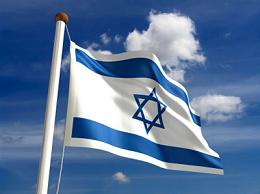 Welcome to Rediscover 9/11, where “Truth is paramount, and shyness to speak it takes a backseat. In a “wilderness of lies, deception and ‘programmed conditioning” it’s very difficult to see clearly until you begin to understand the game, whom the major players are, and what their International intentions/goals are, at which point it becomes much easier to find the Truth and to spot a lie. Instantly one realizes that our mass (Zionist) mainstream media is part of the problem, as its discernable loyalties are clearly to the foreign nation of Israel and its extended Tribe, and will do anything, and have, to protect the carefully constructed image of Israel, which belie it’s reality.

I suppose owning most of the media gives Jewish people, from their perspective, the right to print and say whatever they wish and to fire whomever gets out of line, but, by the same token, does that mean we should forever live in their fabricated matrix with closed eyes? We think not. And for those who recoil at the very word “Conspiracy”, just like the power structure wants you to, we ask “What is a conspiracy anyway, but 2 or more people planning or plotting to do something illegal or immoral.”

Happens all the time. The Gulf of Tonkin Incident comes to mind, which was the false justification for going to war against North Vietnam. And by the way, there was no incident, it was a total fabrication. A lie. Have you noticed how easily many in the 9/11 Truth Movement point the finger at Bush, Cheney, and the CIA? We have no problem with that, nor do we or should we consider these people un-American. We consider Cheney as merely a sort-of stage manager of this hideous crime, as that’s where the evidence takes us.

What we have a problem with is the un-acceptable trepidation, or fear shown by many in the Truth Movement to mention anything that connects Israel’s Intelligence Agency, the Mossad, their Prime Minister Netanyahoo, some private Citizens of Israel or dual-loyalist Jewish American NeoCons, like Perle or Wolwowitz to the crimes of 9/11. I can think of no intelligent or objective reason to give these people and that foreign Country a free pass, and have us look the other way.

And if you, dear reader can think of a good reason, please pass it on to us. But time is short, as the same traitorous cast of characters who lied us into Iraq are pushing for a new war against an innocent and harmless nation, Iran, for the benefit of Israel and the blood-lust of this Tribe. This would be a travesty for all involved, especially Iran and could easily escalate to WW3. We ask you to approach the contents of this website with an open mind, and please feel free to do you own research on this information – in doing so, we feel it will stand up to scrutiny. After all “what value is there to TRUTH if we don’t vigorously and honestly pursue it”?
===
We, the People, have been denied our right to make informed choices and decisions in our lives , due to illicit actions shrouded in secrecy, and we are all being lied to. Therefore no one in our Society without the Truth can genuinely act on his or her own behalf, but rather must make decisions which ALMOST ALWAYS benefit those who control our information. This is accomplished by total corporate control over our media- where the decision makers work in the interest of the advertisers, lobbyists, and themsellves, rather than that of their ultimate customers, the Public. But We can change all of that, with a single idea.

The control wielded over the Public Mind by a perjurous administration and a propagandizing media network is veiled by anonymity, shielded by patriotic notions of our post 9-11 actions, and defended by our denial of our own responsibility in these matters–and what it amounts to is nothing less than Capitalism Run Amok.

Media spin about the so-called ‘war on terror’ has convinced huge numbers of Americans that transparency is not only unnecessary but dangerous. We now have a shadow government conducting the most important affairs of state in secret.

Media spin about the so-called ‘war on terror’ has convinced huge numbers of Americans that transparency is not only unnecessary but dangerous. We now have a shadow government conducting the most important affairs of state in secret.

However, it only takes a small crack in that control system to begin the dissolution of the foundations of that anonymity, and like cockroaches responding to light, the Truth is likely to make those who are responsible for 9/11 run for cover rather than face an informed public which has now learned that it has been, and still is being lied to and decieved… 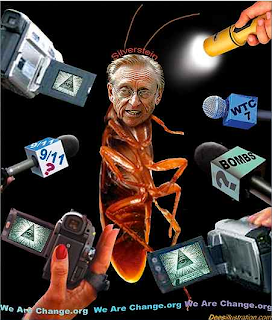 and that unavoidable anger within the American People doesn’t even compare to the ire we’ve earned from the rest of the world; who have watched in horror from outside while we all sat around doing nothing to expose the real story of 9/11.

Our enemy knows that we don’t do our homework, and that in fact is the Achilles heel of America.

So what I’m hoping you’ve realized, if you hadn’t already, is that the game has changed and the tables have turned against us–so it’s only through this sort of creative communication that constructive collaboration will find the spark necessary to ignite the Public Mind. (If this had happened already, we wouldn’t need to be here right now.) Someone needs to do something to bring an end to the hypocrisy surrounding 9-11 and the corrosive foreign policies propagated in its wake…and that someone is us.

Canceling out these destructive waves is as straightforward as introducing a simple wave interference pattern- and it is my contention that communication is exactly the type of interference necessary… and while we are personally still searching for the right frequency which brings it all into harmony, it’s only a matter of time… and one day we will strike a chord.

Dr. John J. Mearsheimer: What is the Israel Lobby? Dr. Mearsheimer, co-author of the New York Times best-seller, The Israel Lobby and U.S. Foreign Policy, came to Toronto in November 2008 to give a talk sponsored by the Near East Cultural and Educational Foundation
of Canada (http://www.necef.org/ ).

It is a certainty that the peace movement is infiltrated by agents who seek to preserve the status quo and obstruct the most effective routes to transformation from war-orientation to peace. With iron-clad evidence of a purposefully botched 9/11 investigation, and the official myth of 9/11 explicitly being used to justify two illegal wars, one would think that leaders of the peace movement would demand answers or a new investigation into what really happened on 9/11.

Unfortunately I believe some in the peace movement have not because of their fears about what the truth regarding 9/11 might be and what this would mean.

If the peace movement pushed on the issue of 9/11 lies, the hypocrisy of a fake outlaw government and system would come to an end, and real change for the better could be implemented. The only thing we have to fear is fear itself. Close to 100% of the members of the 9/11 Truth movement are also members of the Peace movement. Without the official lie of 9/11 there would be no wars in the Middle East. It is time for the two “movements” to join forces to fight their common enemies. Their goals are, in the final analysis, the same.

It is the intention of the developers of this site to explore and investigate the “Who” of 9/11 and to follow the trail of real and circumstantial evidence wherever it may lead. We intend to continue to modify and update the information presented on the site and encourage those viewing the site to evaluate the material presented and to comment on what they find. It is our belief that anyone who makes a careful analysis of the factual information presented here and on other 9/11 related sites and of the reams of related reading materials will see clearly that rogue elements inside and outside of the U.S. government, including powerful forces within the Israeli (Jewish) Criminal Cabal, spent years in the planning for, perpetration of and the cover-up of the crimes of 9/11. Please join us in our quest for the Truth that can save our nation.

Very soon the whole world will talk about the criminality of Zionists without reservation.