Vatic Note: You know, the more I read and dig and find, the more convinced I am that our salvation lies partially right here in this rabbit hole. I am still digesting what I am seeing and finding and adjusting to a new reality, but when done, we may find the answer which may well be why the evil ones are in such a panic to destroy our DNA. Now this is 5 year old information and some videos with updates are gutted and no longer able to be viewed which is another sign something is amiss. We may well have hit on the mother lode here given their attempts to bury it all. I will keep digging. Ooops, road blocks, see below.

I just received this video about the assassination of John Lennon and he was killed because of his ability to sell "peace and love"....... now what is that such a threat to the evil ones???   Because we learned here that peace and love fully practiced and inculcated into the human spirit changes their  DNA for the good and evolutionary results.  He was a danger to that very fact.   Watch this and see and listen to what they say about him promoting peace and love.   (see our 3 video series on John Lennon and his assassination, and LISTEN TO HIS UNRELEASED AND BURIED SONG HE WROTE THAT WOULD HAVE REALLY VIBRATED OUR DNA, it was a great song and its had over 1 million hits already this year after it was put on utube without any promotion at all, can you imagine if he had lived?  PLEASE CHECK OUT OUR JOHN LENNON SONGS OFF TO THE RIGHT OF THE BLOG SCROLL DOWN AND LISTEN TO THEM) 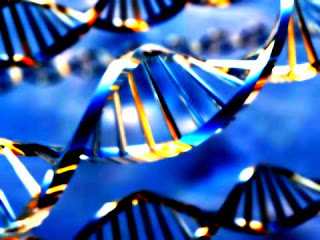 Sandpoint , ID — More than a map of life, DNA processes spirituality according to the latest research. A lengthy review of scientific achievements in the field of genetics compiled by a team of experts indicates that life evolved from spiritual, more than physical, forces.

Life's genomes are empowered by waves and particles of energized sound and light which, more than chemicals or drugs, switch genes “on” or “off.” Likewise, genetic inheritance is energetically transmitted “bioacoustically and electromagnetically” through special water molecules that form the electrogenetic matrix of the “Sacred Spiral.” These hydroelectric geometric structures—most shaped like pyramids, hexagons, and pentagons—direct physical as well as spiritual development, according to researchers.

Metaphysically, water molecules shaped like pyramids relay energy messages to and from DNA. These signals are carried from the environment to every cell in your body; far more rapidly than scientists once believed based solely on chemical analyses.

These findings raise important questions concerning theories underlying modern medicine, spirituality, and even reincarnation according to Dr. Horowitz. The realization that energy messages, including ancient ancestral memories, may be relayed electro-genetically can help in healing, lending spiritual meaning to life, and reconciling “past life” experiences.

The science reported in DNA: Pirates of the Sacred Spiral, published by the not-for-profit Tetra hedron Publishing Group ($29.15; 1-888-508-4787), links the genetic revolution to a “spiritual renaissance.” After polling nearly 10,000 people internationally for background research, the Harvard-trained Dr. Horowitz concludes “more and more people are experiencing increased synchronicities and even miracles in their lives... Working on special projects, they suddenly and inexplicably manifest everything they need to facilitate their service, purpose, or unique calling. This is a form of genetic expression as much as eye color,” he says.

You don't have permission to access the requested directory. There is either no index document or the directory is read-protected.

If you think this is a server error, please contact the webmaster.
Error 403

http://www.healthyworlddistributing.com/
Mon Oct 11 09:23:45 2010
Apache/2.2.16 (Unix)
~~~~~~~~~~~~~~~~~~~~~~~~~~~~~~~~~~
Their soon to be published, meticulously documented, book is written for “intelligent lay readers and above.” It argues that quantum energy, often called spirituality, animates evolution of the species, genetic expression, and life. The authors believe such awareness and growing social consciousness bodes well for the entire planet.  (VN:  that is why John Lennon had to die, just listen to his "power to the people" and "Give peace a chance" on this blog off to the right and you will see why they felt he had to die because Iraq was coming up soon).

NOTE TO JOURNALISTS: For review copies of DNA: Pirates of the Sacred Spiral , or interviews with Dr. Horowitz, et al., please call Elaine Zacky at 1-800-336-9266

DNA Pirates of the Sacred Spiral

It gives me great pleasure to announce the first, limited edition, printing of my fourteenth book, which I sincerely believe is my most important work to date. Following three years of laboring with love and a team of geniuses, DNA: Pirates of the Sacred Spiral will be shipped in early September.

1) It slam dunks the notion that we are spiritual beings long before we manifest in the physical. It does this using the most advanced science in several overlapping fields including genetics, electrogenetics, physics, mathematics, water and protein sciences, molecular biology and more; and 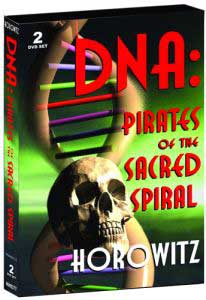 2) It thoroughly exposes the global criminal elite that pirated “The Human Genome Project” two weeks prior to its completion and intended benefit to public health and societal enrichment. Instead of blessing university professors that labored tirelessly for decades on this project, or the taxpaying public that largely funded this work, George Soros and a cadre of evil scientists and drug industrialists stole the entire project. They privatized it, patented every potentially lucrative genetic sequence, and are now in the business of altering, possibly forever, the genetics of life—humans, joining myriad other species, in the real risk of likely extinction.

Attached is our first of several important press releases on this new material for your perusal and distribution to other friends and families in your personal network. Please help us get this critical information in widespread circulation.

Also, many of you may be able to hear me discuss this information on several nationally syndicated radio programs in the coming weeks. Interviewers who have already scheduled to feature DNA: Pirates of the Sacred Spiral on their shows include: Joyce Riley on “The Power Hour” August 19 th , 6AM-8AM PST; George Noorey on “Coast to Coast” on August 25 th , 11PM to 2AM PST; Jeff Rense on “The Jeff Rense Show” on August 26 th , 7PM-10PM PST; Bill Boshears and others to be announced in the coming weeks.

Moreover, as our Steam Vent Inn & Health Retreat project nears full operation in the New Year, I will likely be joinin g y ou more routinely over the Internet and on national radio. Please stay in contact with me through our Idaho office to learn more about these exciting projects for 2005, and Creator will ing, beyond!

Health Science Communications for People Around the World