Why are MSM and Alternative media dramatically Censoring Ventura on his 9-11 commentary?

Vatic Note:   While I am ambivalent about Jesse Ventura, both these videos show just how immediate and radically, these two "so called" sources of news cut off Jesse when he spoke of 9-11 from his deep experience as a seal demolitions expert.   Why?  As he said,  "Why do they get reactionary when someone simply "asks questions"?   He gives reasons he thinks are why such as "criminality, prosecution and sentencing" for aiding and abetting these crimes are exactly the same as for the actual criminal that conducted the crimes.  He may have a point there.  What bothered me was Huffington doing it.  Fox under Murdock did not surprise me, but why Huffington? 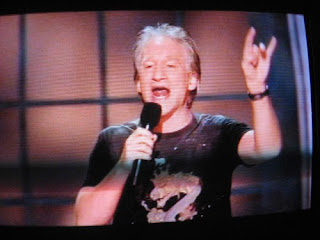 Huffington used to be a republican, remember?  Her husband ran for gov of California and lost.   Then she got a slot on the Bill Maehr show doing comic stints with Bill and our new senator from Minnisota, FRANKEN, both of whom are democrats, and after that she switched to becoming a Democrat.   At the time, I didn't think much about it until I thought about how Bill Maehr always survives bad ratings and manages to have a show somewhere on cable TV.   At that point and his reactions to 9-11, I finally started to look closer and here is what I found.    We have published the satanic hand signal used by all our politicians and musicians and now I am also finding  it also used by various actors and comedians.  As Michael Jackson publically disclosed,  you can't get anywhere in the zionist controlled media field, whether music, acting,  publishing, or movies and TV, unless you are cooperating and part of their controlled opposition by the deceivers.   Huffington was brought over by Bill to the Dem party, became a news source on the left and part of the "CONTROLLED OPPOSITION"  press discussed in protocol #12, and that would explain these videos below, on both Fox a MSM source and now Huffington an alternative source with CONTROLLED NEWS REPORTING by the owners of the media and we already know who that is.

On September 25, 2010, Jesse Ventura discussed his book, "American Conspiracies: Lies, Lies, and More Dirty Lies that the Government Tells Us." During the session before an SRO audience, he charged that the Huffington Post, aka HuffPost, a news web site, "censored my 9/11 article!" Mr. Ventura was speaking at Baltimore's BookFest. He was joined on the program by Richard Sher, an ex-news reader for WJZ-TV in Baltimore, MD.

Ventura On Fox on 5/19, Fox anchor leaves stage after his government sponsored act gets nowhere when talking with Ventura.

VN:  Its amazing to actually see the control these guys exhibit from every area of the public media and how they use it to further their agenda and propoganda, disinformation and provocateuring.   Its huge, massive and coordinated.   These two examples just show how big and powerful consolidation of media has become where in the past it was never legally allowed.   We need to go back to those days and that will stop all this.