US Navy Offensive Biological Warfare “Training” Video Is Beyond Shocking

Vatic Note:   The first point I would like to make is the fact that our military operates under the command of the civilian leaders, so the question is " who was President in 1952?"   What we discovered is that Eisenhower s spelling of his name was "Eisenhauer",  which has proven to be khazarian or ashkenazi Jew from Europe.  He was the President at that time, with Truman, just before him,  so is there a connection?

What is interesting is what this video below shows in a training video, done in 1952, that has today, become our new reality.   Our people are suffering from various and asundry Food allergies, like never before, our water is the same way, and coughing and various sinus infections are also now becoming our new reality.

This proves the intent was pure and simple:  to de-capacitate an enemies army by affecting the quality of our food, through geoengineering our weather, through chemtrail dumping.   They carefully considered not only contamination, but the rate of success and verious detailed mechanisms for doing so.  This is an indictable offense, since they have not stopped this activity,  They also made it clear how the military would make the attack on us.

This video is clearly an indictable offense and someone is still conducing this activity and should be arrested, prosecuted, and sentenced accordingly.  After all, if anyone dies of these acts, it becomes a felony criminal first degree murder. and in some states that is a death penalty offense as is treason.

FUND RAISING TIME AGAIN.  Its now our normal time due to the 1st being our time to pay out our deficit.   We could not do our blogs or fund raising campaign, if we are out of business.  Now we are  asking for donations toward our $190 deficit this month.  If you can afford it, we appeal to you to donate to our cause to keep truth exposed and lies distroyed so we can prepare based on reality.... so help us do that so we can stay on the net to over come the treason being done by our MSM, both left and right. Please donate off to the right of this blog at the pay pal button.

Thank you for all your support over these many years.  I am still trying to find a way to fund this deficit without fund raising.  So far, no luck, but I am not giving up, so hang with us until we do.  Thank you again and God bless you and your family.

Those that doubt the twisted and psychotic nature of our own military need to consider long and hard the contents of the newly declassified 14 minute video below from 1952.

The entire composition of this military "training" film is far beyond disturbing and alarming. The criminal cabal that currently rules the world are well aware of the fact that populations are beginning to wake up to their ongoing global atmospheric spraying programs of total decimation and omnicide. 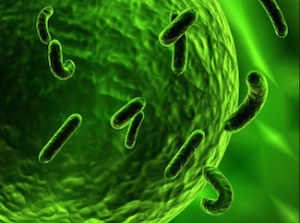 After viewing the attached video, would any sane person doubt the fact that those in power would not hesitate to use biological weapons against their own populations in order to retain their grip on power? It is not just a possibility, but has long been a lethal reality that is clearly visible to any who bother to look up, do some objective research, and then put their sense of deductive reasoning to use.

Climate engineering is weather warfare and biological warfare. There is no separating these components, they are all one and the same. We are all under direct assault, as is the entire biosphere. This is not alarmism, theory, conjecture, or speculation, it is verifiable fact.

Check your priorities, if you are not focused on the critical battle to expose and halt the toxic spraying of our skies being carried out under the global climate modification/solar radiation management umbrella, then you are missing the point.

These programs of aerosol spraying are the most immediate threat to life on Earth short of nuclear cataclysm. Make your voice heard in the fight for the common good while there is yet something worth fighting for.