Vatic Note:  The bankers were always unhappy with Greece, ever since they elected someone the bankers and the EU puppets do not control, which is rare in Europe and the USA.

If, like Iceland, this leader attacks Greece's economic problems at the core and throws the bankers in jail as Iceland did, then Greece, like Iceland will experience economic recovery.  The bankers fear this could spread to other individual vulnerable countries, such as Italy, Spain, or Portugal.  Then they will be sitting in jail contemplating their protocols that recommended accumulating all the gold in the world.

What would happen then, if this did spread to other vulnerable nations?  The bankers and their puppets would lose control of the entire global financial situation and then no WW III, to replenish their personal wealth.

We just read that Rothschild now has a net worth of 500 trillion dollars and that is all from fiat currency manipulation, interest payments on debt that is simply an accounting entry on the computer.  They would finish off that scam with a WW III, resulting in the depopulation they need to control resistance to the NWO.

No real asset backed currency exchanged hands, so its not real debt and thus we should not be paying that "real interest payments"...... its all just another scam to line the pockets of the 1%.  Thats why these bankers belong in jail.  But that is for another discussion, another time.

These bankers collect and stash gold, yet they won't allow it to be used to back currencies and give them real value.  They gave "Collecting gold" as one of their objectives in the protocols written in 1897 and proceeded to do exactly that.  So even if today, they backed new currency with gold, they would have that wealth already stashed through their foresight to accumulate that which becomes the asset backing of the global world order currency.

Later, after further research, we hope to be able to do a whole blog just on that gold accumulation and its storage in China in their new 2000 ton gold vault they built.  Remember Rothschild owned, Goldman Sachs is the exclusive international brokerage house for China and through them control China's economy, currency and now wealth.


UPDATE:  Today Greece rejects EU's austerity plan and goes with their own plan. 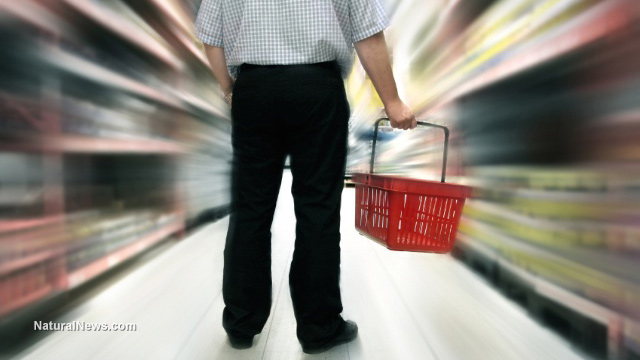 (NaturalNews) Every time a government seeks to commit some great evil upon the People, it uses extreme fear tactics to accomplish that goal. Terrorizing the population has become such a useful tactic for scaring the population into obedience that governments now routinely resort to terrifying the public on every big issue: vaccines, global warming, gun control, bankster bailouts and even war.

In Greece, this social engineering terrorism is now being directly called out by Greek Finance Minister Yanis Varoufakis. He correctly calls the actions of banking creditors "acts of terrorism" aimed against the citizens of Greece.

"There is a name for what they are doing to Greece: terrorism… Why did they force us to close banks? To strike fear into people. And when we are talking about inciting fear, this phenomenon is called terrorism," says Varoufakis as reported in Sputnik News.


Governments routinely terrorize their own citizens to sway public opinion

The EU central banks are now pulling out all the stops to terrorize Greek citizens with precisely the kind of scary threats the U.S. Congress received before voting on the 2008 trillion-dollar bailout of Wall Street bankers. "EU warns of Armageddon if Greek voters reject terms," blares a headline from The Telegraph.

This is similar to the way the idiotic vaccine industry in the United States spews extreme, irrational hysteria every time there's an outbreak of measles or chicken pox among the population (even if most of that population is already vaccinated). Americans are terrorized into a wave of fear by the media frenzy, scared into believing that if they don't immediately comply with the government's vaccination demands, all their children will be fatally infected and killed by an invisible threat that only the vaccine industry can halt, we're ridiculously told. Vaccine terror propagandists like Paul Offit help spread the fear, all while making money from the criminal vaccine industry that's led by companies which openly admit to committing felony crimes and bribing doctors with cash kickbacks.

The European Parliament has borrowed its playbook from the CDC, it seems. Without a "yes" vote, warns the President of the European Parliament, "...salaries won't be paid, the health system will stop functioning, the power network and public transport will break down..."

In other words, the European Union powers that be are now essentially threatening Greece with shutting down its national power grid, hospitals, banks, grocery stores, pension payments and everything else.

It's equivalent to being threatened to have your nation "bombed into the Stone Age," to use a favorite U.S. military metaphor.

FEAR wins: Greeks lining up to vote away their future by caving to the terror of the EU

The EU's terrorism campaign against Greece is having a psychological impact on some citizens there. "Some 18,000 thronged a nearby stadium for the 'Yes' campaign, blowing whistles and waving Greek and EU flags, many afraid that Greece would be blown out of the EU altogether after 34 years, and cast into oblivion," reports The Telegraph.

Meanwhile, basic supplies of food and pharmaceuticals are running out. "...[C]apital controls have led to staple foods, such as sugar and flour, to run short while pharmacies report they are fast running out of essential drugs," reports Breitbart.com.

"Tourist bookings are also down by 40 per cent, while an estimated 50,000 holidaymakers are cancelling visits to the country every day in a severe blow to one of the country’s biggest industries."

Why did Greek citizens keep their money in the banks for so long?

What's shocking to me in all this is how so many Greek citizens couldn't see this coming. They kept their money in the banks day after day as all this unfolded, somehow believing the banks would protect their deposits. Now those banks are shuttered, the government is on the verge of collapse, nearly all cash has run out, and the country is just one event away from being plunged into true third-world status.

Preppers, of course, have expected this to happen for a long time, and they've taken steps to survive grid-down scenarios, the collapse of banking, social chaos and much more. These scenarios are, in fact, "prepping 101." And one of the first rules of prepping is that you always keep cash and coin hidden away from banks and governments, both of which have a long history of repeatedly stealing citizens' deposits to bail themselves out (or "in").

Everywhere around the world, it seems, far too many citizens still have blind faith in corrupt governments and criminal banksters. So they've failed to take adequate precautions to buffer themselves from what's coming.

Greece is only the beginning. China's stock market is also crashing right now, and bankster manipulation of gold and silver prices has reached a level of sheer desperation never before witnessed. The U.S. bond bubble is on the verge of collapse, and the international debt pyramid is just one crisis away from a historic implosion.

If you are reading this and you still don't consider yourself a "prepper," you're way behind the curve on where you need to be. Just look at Greece: Who are the people now looking like geniuses? People with home gardens, gold and silver coins, stored food and barter items.

In America, the clueless, leftist mainstream media continues to paint "preppers" as radical insane nut jobs, but as the reality of Greece is now proving beyond any doubt, it's the preppers who are the real geniuses of society. They're the ones, after all, who still have something to eat while everybody else is dumpster diving for food.


Learn more: http://www.naturalnews.com/050296_government_terrorism_fear_tactics_Greece_collapse.html#ixzz3f6nohWOC
The article is reproduced in accordance with Section 107 of title 17 of the Copyright Law of the United States relating to fair-use and is for the purposes of criticism, comment, news reporting, teaching, scholarship, and research.
Posted by Vatic Master at 1:00 AM