US Claims Syrian President Assad Is Supporting The Fraud Known As ISIS As The US (VN: And Israeli Leaders) Supports ISIS (!)

*** - Fundraising - A friend brought over a laptop and set it up for me until I can get my regular computer fixed, so we are back in business again.  I also found my cell phone down at the county clerks office, so communication is again open and ready.  lol   Thanks for bearing with us.  Hopefully all will be well.
Our current deficit is now down to $175 needed by the first of July, 2015.  If you can afford to donate anything at all, please do so off to the right at the pay pal button or mail any donations to 67 Highland Ave, Pagosa Springs, Co.81147.

I also want to thank our readers for their support over these last 6 years, since it has been a rewarding experience to see our work, every where all over the world, and watch it slowly contribute to the change of conversation that is now taking place, with more truth and less disinfo.  That could only happen if those of you who are seekers of truth had distributed this blog across the globe.  For that we are grateful and wish you and yours all the best.   God Bless you, stay safe and prosperous.


Vatic Note:  I have to commend Northern Truthseeker.   I thought our sheep were bad, but Canada is just as bad if not worse.   He sticks it out and tells the truth with little hope of converting the ignorant, but then we have the same problem, but for some reason, our sheep are seriously starting to wake up. This whole scam of ISIS and rebels in Muslim nations is 100% about starting WW III and if you read the entire last blog we put up tonight, on the 18th, you will understand that this deception game goes all the way back to WW II, at a deeper level than we had ever imagined.   Its the exact same thing today only this time, different losers and winners, picked.

I am wondering if the reason for the sheep waking up,  is the increase in the Shumann Resonance in both the sun and the earth, which obviously affects us. But that would mean it should also be affecting the Canadian citizens as well.   I guess that question will have to go unanswered.

But this is a good article and well worth the read.  And Northern Truthseeker does a great job of analysis.   I have very little to add, except that it appears that most leaders of most countries are in on the World War III scam, so it could be true, by the same token,  its also habit for Israel and her supporters to assert someone is an enemy or supporting an enemy, whenever, the Israeli's (Rothschild/Khazars) want to change world opinion about their actions.

Given that we all know that ISIS is a product of Israel and her various national puppets,  like the USA and Canada,  then we can assume, this whole propoganda exercise is for purposes of manipulation and thus go from there.  So read all this below


US Claims Syrian President Assad Is Supporting The Fraud Known As ISIS As The US Supports ISIS (!)
http://northerntruthseeker.blogspot.com/2015/06/us-claims-syrian-president-assad.html
By Northern Truthseeker,  June 4, 2015 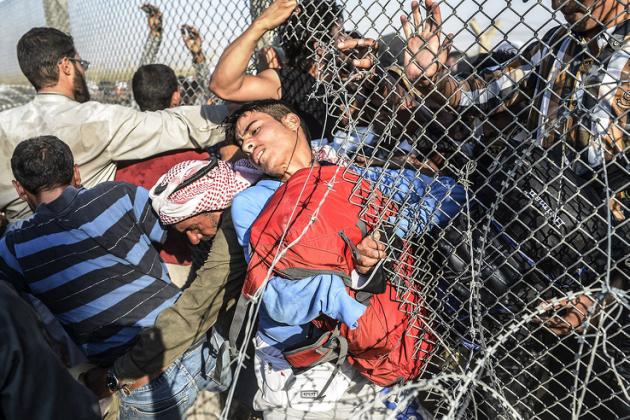 It should be a known fact to everyone by now that 'ISIS' is nothing more than a fraud and a scam....That ridiculous "terrorist group" is the creation of the US CIA and the Israeli Mossad for the sole purpose of undermining the Bashar al-Assad government in Syria... And now that fraud is being manipulated by both our criminal governments and the Jew (VN:  Khazar owned) media to try to convince gullible people that a military assault on Syria is now necessary to have it "eliminated"...... Sadly, the majority of people still believe that ISIS is real and they indeed will support an assault on Syria that could see thousands of innocent lives extinguished....

But what I found just yesterday in the news shows that the US (and of course their masters in Israel) are upping the stakes in their insane push for a war against Syria.... For according to the following report from Brandon Turbeville, over at the Activist Post website, at www.activistpost.com, the lunatics in the US government are now claiming that Bashar al-Assad is supporting ISIS (!) AND that Assad is helping "ISIS" assault and murder his own people!.... I have that article, entitled: "US Claims Assad Supporting ISIS As US Supports ISIS", for everyone to read for themselves.... I have my own thoughts and comments to follow:


US Claims Assad Supporting ISIS as US Supports ISIS 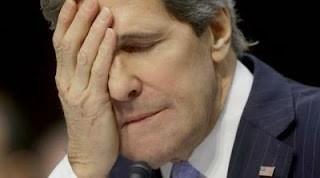 Reminiscent of a 1970’s television show, whenever one tunes in to the mainstream corporate news to observe the latest propaganda from the US government and the State Department in particular, the viewer can scarcely contain himself from asking “What will they think of next?”

Indeed, mainstream news and the US State Department must be attempting to top themselves in a contest that could only be titled “Wackiest theory of the week.”

Enter this week’s contestant: the “Assad is supporting ISIS” claim.

Yesterday, the U.S. Embassy Syria Twitter account sent out a tweet suggesting that the Syrian government was undertaking a bombing campaign in support of ISIS and the terrorist organization’s creeping assault on Aleppo.

The problem with this propaganda line is that not only is it untrue, it is incredibly stupid. By stupid, I do not mean ordinary levels of stupidity but an epic level of stupidity that would, under normal circumstances, suggest the possibility of brain damage.


Of course, those who sent the tweet are not stupid at all. In fact, they know full well that Assad is not supporting ISIS. They are merely attempting to shift focus after it was revealed a week ago that the United States, NATO, and the GCC not only were aware of ISIS/AQI early on, but that they were actively supporting their advance by documents belonging to the Defense Intelligence Agency.

With that little piece of information circulating throughout the airwaves (at least the alternative ones), the US is now claiming that it is Assad who is supporting ISIS. If this little piece of propaganda is able to stick, the justification for direct military assault on Syria will be more easily sold to the general public in the West who, at best, are only half listening to any report at any given time.  (VN: and believing nothing of what they hear from any western gov and only half of what they see.)

Obviously, Assad is not supporting ISIS and any delineation between ISIS, AQI, FSA, “moderate rebels,” Harakat Hazm, al-Nusra Front or any others fighters opposing Bashar al-Assad in Syria is disingenuous to say the least. Assad is and has always been – along with Iran and Hezbollah (and Iraq free of American dictates) – the true opponent of ISIS and al-Qaeda in Syria. Quite frankly, all claims to the contrary are nothing more than war propaganda.

Recently from Brandon Turbeville:
Brandon Turbeville is an author out of Florence, South Carolina. He has a Bachelor's Degree from Francis Marion University and is the author of six books, Codex Alimentarius -- The End of Health Freedom, 7 Real Conspiracies, Five Sense Solutions and Dispatches From a Dissident, volume 1 and volume 2, and The Road to Damascus: The Anglo-American Assault on Syria. Turbeville has published over 500 articles dealing on a wide variety of subjects including health, economics, government corruption, and civil liberties. Brandon Turbeville's podcast Truth on The Tracks can be found every Monday night 9 pm EST at UCYTV.  He is available for radio and TV interviews. Please contact activistpost (at) gmail.com.

This article may be re-posted in full with attribution.


NTS Notes:  When I read this report that the US government is stating that Bashar al-Assad was supporting ISIS, I did not know whether to laugh or to cry.... Laugh at the ridiculousness and ludicrous insanity of the American government for making such a laughable claim.... Or cry for the fact that many gullible and stupid Americans will actually believe this garbage to be true!

The truth here is simple... The US and Israeli governments are desperate for any excuse possible to get Syria destroyed, and after failing with other lies, they are now trying this one to see if the people are gullible enough to believe it..... Yes, they actually believe people are this stupid!

It is my hope that everyone sees this report and understands fully that ISIS is indeed a fraud and being used as a propaganda weapon for the destruction of the innocent nation of Syria..... Again, the real truth must be told...

NTS
Posted by Northerntruthseeker at 7:03 AM