***Fundraising Status: OH, dear, we are still at $150 needed by the first to make our deficit. We wish to thank those who contributed so far toward that deficit, but now we are getting pretty close to the end of the month, so now its important for us to ask for support from those why may enjoy our site but have not contributed in the past.  We do this to educate and expose the underbelly of the beast, but we cannot do this alone. I wish we could, but alas, we can't as you know, the economy..... So we must rely on our readers for that support.

If you can afford it, please donate off to the right of this blog and accept our thanks again for all who have previously contributed in donations, comments and emails that have lead us down some great rabbit holes.

Vatic Note:  Figures, that is how history is eventually distorted and then fully denied and revised and rewritten.   We found that out just doing the blog.  I was shocked at what we did not know and how horrible our schools are and who determines what is acceptable history to teach our children.  What we teach are lies.  Good thing I am not a teacher.  lol  The miracle is that we found out anyway.  In fact, we are experiencing a lot of miracles with respect to exposure of these NWO criminals.

So, how do we correct this problem?  We homeschool our children.  I know, who has time when both parents are working to make ends meet?  That is why they did us that way, so we couldn't.  However, "tutoring" is just as viable.  I did tutoring for my school on a volunteer basis until I could not afford the gas every day to go to the school.  My 6 students who were failing math, made a miraculous come back.  In one quarter they went from failing to B+ and A-, and that was all of them.  So, I know what needs to be done and it can be.

This is why communities need to start talking about all this stuff and coming up with workable solutions.  Our children were rated #2 back when parents were involved in their education and worked with the schools to solve problems.  Well, the schools are no longer set up that way.  They are federalized just for the purpose of dumbing us down. So now we dropped from 2nd to 39th and dropping. That is worse than a third world country. We can take that control back again through tutoring. Think on it.

We are not helpless, we can start to come up with ideas and together as a nation and solve
these at home.  We don't need the feds.  The first thing you can do is ban together as parents,  hire a teacher who will monitor the class room teachings material,  come back and report to you what is going on, and you can pool your  resources to hire that teacher to supplement the class work from 3 pm to 5 when school gets out each day.  OUR ONLY LIMITATION IS OUR IMAGINATION.
~~~~~~~~~~~~~~
NOTE:  Mike Adams is very much under attack on some science sites that I mistakenly was directed to, but now I am glad.  Mike has done an excellent job of exposing the underbelly of the "SOFT KILL" depopulation activities of these NWO Zionist criminals in the healing, drugs and health dept.  So now they are coming after him.  Just a heads up on this so we can counter any efforts to bring him down. 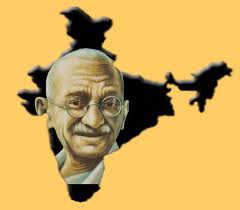 (NaturalNews) The reports are absolutely true. Facebook suspended the Natural News account earlier today after we posted an historical quote from Mohandas Gandhi. The quote reads:

"Among the many misdeeds of British rule in India, history will look upon the Act depriving a whole nation of arms as the blackest." - Mohandas Gandhi, an Autobiography, page 446.

This historical quote was apparently too much for Facebook's censors to bear. They suspended our account and gave us a "final warning" that one more violation of their so-called "community guidelines" would result in our account being permanently deactivated.

They then demanded we send them a color copy of a "government issued identification" in order to reactivate our account. Our account was removed from suspension just minutes before InfoWars posted its article on this Facebook censorship, and the Facebook page is now functioning at:
www.Facebook.com/NaturalNews

Logic is an enemy and history is a menace

That Facebook would choose to disable our account after we posted a Gandhi quote is incredibly shocking. The historical rise of oppressed Indian people against tyrannical British rule is apparently no longer allowed to be discussed on Facebook. The very IDEA of a free people overcoming tyrannical government rule now "violates community guidelines." The removal of this content is akin to online book burning and the destruction of history.

This post was not in any way malicious, nor encouraging violence, nor even describing guns or the Second Amendment. It merely reflected the words of one of our world's most celebrated rebel leaders who helped an entire nation throw off the shackles of oppression and British occupation. That Facebook would find this to "violate community guidelines" is nothing short of absolutely bewildering.

Here is the full image as originally posted on Facebook. Keep in mind that THIS is now considered unacceptable speech across the "Facebook community," where any number of people can openly call for the murder of the NRA president and have absolutely no action taken against them: InfoWars.com is also now reporting that Facebook is running an across-the-board PURGE of pro-gun accounts. A huge number of accounts are all being systematically disabled or suspended, with all content being wiped clean.

We have entered the era of the Ministry of Truth from George Orwell's 1984 novel. And while Facebook assaults the First Amendment in America, Senator Feinstein is busy assaulting the Second.  (VN: Well, she is busy assaulting the second amendment for "US" but not for the elite and herself.  She still has her assault weapons and so does her son that she armed with an assault rifle and ammo.  Hypocracy, but then, she and others of her treasonous cadre are noted for their hypocracy.)


Facebook declares War On History  (VN: I have withdrawn from facebook, I suggest we all do the same thing.  Boycott anyone who is a traitor to our nation.  Its the one thing we can do.)

What's especially alarming about all this is that Gandhi himself was of course a champion of resistance against tyranny. To banish quotes from Gandhi is much like banning quotes of freedom from Martin Luther King (who also openly supported concealed firearms, by the way, and who personally owned an entire "arsenal" of firearms).

What's next? Will Facebook ban quotes by Thomas Jefferson and George Washington? Any and all patriots, founding fathers and liberty lovers throughout history might soon be stricken from the Facebook servers, and any who dare to post historical quotes supporting liberty, the Bill of Rights, or the Second Amendment risk having their accounts terminated and all content deleted.

Collectivist propaganda has now reached a point where you can't even discuss liberty or anything out of history that supported the right to keep and bear arms. You are required to stay focused solely on celebrity gossip, sports stars, fashion distractions and tabloid garbage. Anyone who wishes to discuss actual American history must now go underground and speak softly in dimly-lit rooms, behind secret walls and drawn curtains.

The era of total oppression and collectivist mind control has fully arrived in America. This is not hyperbole... IT IS HERE NOW.

Memorize this quote, because it too shall soon be purged from the internet:

"The tree of liberty must be refreshed from time to time with the blood of patriots and tyrants." - Thomas Jefferson.


Learn more: http://www.naturalnews.com/038484_Gandhi_quote_Facebook_censorship.html#ixzz2HXuIQBTI
The article is reproduced in accordance with Section 107 of title 17 of the Copyright Law of the United States relating to fair-use and is for the purposes of criticism, comment, news reporting, teaching, scholarship, and research.
Posted by Vatic Master at 1:02 AM