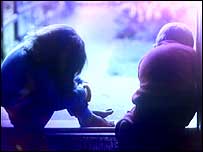 (NaturalNews) Both ADHD's diagnosis and treatment with mild altering psychiatric drugs have been frequently contested topics. Much of the vague criteria for diagnosis is highly subjective, as many of the symptoms associated with the "disorder" are obvious consequences of forcing young children inundated with fast past entertainment to sit still in a boring class room. Equally, many other causes linked to the condition (food dyes and sodium benzoate for instance being major dietary culprits) are excluded from conventional discussions on the disorder.

Like many other psychiatric conditions ADHD has been medicalized with treatments centering around drugs of dubious safety or efficacy. Diagnoses of ADHD have skyrocketed in recent years, with 3-5% of the global population now carrying the label. A harsh class of psychiatric drugs has in turned follow to address this epidemic. 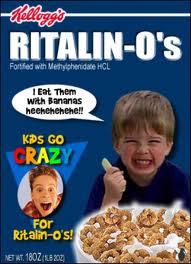 Ritalin for instance, an amphetamine shown to be more potent than its pharmacological cousin cocaine, is prescribed to roughly 75% of those diagnosed with ADHD here; with the US accounting for 86% of global consumption. Beyond enriching the pockets of pharmaceutical executives, Ritalin has been linked to suicide, increased blood pressure, cancer and brain damage. Unfortunately it is but one of many drugs prescribed for the condition.

Focoalin, another common FDA approved ADHD medication has a known history of exacerbating psychosis and documented cases of creating suicidal thoughts. On January 30th an advisory panel of pediatricians recommended the FDA to mandate Focalin contain a warning label against the suicidal thoughts.

Drawing upon the available evidence the panel also recommended changes on Focalin's label to reflect the risk of anaphylaxis, an allergic reaction, and angioedema, a type of swelling beneath the skin. The FDA often follows the advice of its advisory panels, so the recommendations of these brave pediatricians carries actual weight.

Focalin and Ritalin unfortunately are just the tip of the iceberg. Suicidal side effects are strongly correlated to a wide range of psychiatric medications. Anti-depressants for instance, such as the SSRI's like Prozac, have ironically been repeatedly linked to both suicidal thoughts and actual suicides. Worse still a wide range of violent, psychotic behavior has been observed from individuals on these medications.

Case in point: Virtually every US school shooting has been conducted by individuals on Prozac.
Sadly, firearm availability rather than the mind altering properties of these widely prescribed medications has consumed the focus of all mainstream discussion on the topic.

By FDA estimation, Focalin is currently prescribed to 1.8 million children, and approved for children 5 and up. For drugs that are used by children, the agency is required to hold regular advisory meetings to review their safety, and monitor for conditions not discovered by industry submitted research.

Novartis (Focalin's manufacturer) has agreed to comply with the request and will help the FDA investigate if enough evidence of suicidal thoughts exists to merit changing the label.

The article is reproduced in accordance with Section 107 of title 17 of the Copyright Law of the United States relating to fair-use and is for the purposes of criticism, comment, news reporting, teaching, scholarship, and research.
Posted by Vatic Master at 1:15 AM