Vatic Note:  Remember, they are land grabbing all over the world right now using our bailout money,  the rips offs from the stock and bond markets,  and the raping and pillaging of pension and retirement funds.  They also now are hoarding all the gold and silver in a large facility owned by Rothschild.   Big Games at a Big Level,  and really BIG TREASON ALL OVER THE GLOBE.  I would not want to be these people if and when the entire globe has had enough.  Truly,  Underground won't even be safe for them.... they have to have venting.....hehehe.  This appears like another test on us to see how we react.   From there, will it be land grabbing of those they did not forclose on?   Does anyone know anyone who has bought a foreclosure ?
If not, then why are they holding onto the foreclosed properties???  I found that its impossible to get loans now for anyone to buy a foreclosed property.... YUP,  I think this is the BIG LAND GRAB here in the US for Rothschild and his KHAZAR ZIONIST BILLIONAIRES.   That is what the Gulf was really all about, starvation, no fish brain food, and land grabbing along the coast line as they did in Haiti and NEW ORLEANS.   Why are we sitting around taking all this??? 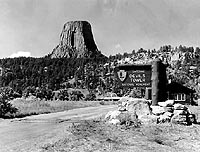 Back in February, a leaked memo from the Department of the Interior showed that the Obama administration was considering designating as many as 17 new national monuments throughout the West, effectively closing off huge swaths of land to development. That this was being done without the input of Congress or local authorities angered many. Now Rep. Rob Bishop, R-Utah, Chairman of the Congressional Western Caucus and Ranking Member on the House Natural Resources Subcommittee on National Parks, Forests and Public Lands has uncovered 14 more pages from the document that were previously unavailable.

The new pages show a federal bureaucracy that has contempt for the legislative process and the input of elected representatives. “Should the legislative process not prove fruitful, or if a nationally significant natural or cultural land resource come under threat of imminent harm, the BLM [Bureau of Land Management] would recommend that the Administration consider using the Antiquities Act [to designate a national monument],” reads the new document.

In a statement, Bishop unloaded on the Obama administration. “These 14 pages are further evidence of this Administration’s efforts, under the guidance of Secretary Salazar, to control western lands by unilaterally locking them up without input from local residents and stakeholders nor the approval of Congress. Their plotting behind closed doors is disingenuous at best and flies in the face of this Administration’s so-called ‘transparency’,” said Bishop. “Thousands of westerners whose livelihoods depend upon access to our public lands stand to be affected by these decisions and yet this document blatantly goes out of its way to exclude their input or participation. If there was any question about whether or not this Administration has declared a war on the West, these new documents are evidence enough.”

I think you are totally off the reservation in your prelude to the actual documents. Just let the documents speak for themselves. I created a large website years ago about the govt. spending our tax dollars to accumulate public land, and documented corruption. The regulation of public lands is the duty of Congress, yet it has been userped by various govt. agencies in violation of Congress.
Your rant would have much more creditability if you would leave out the foreclosure, gulf and New Orleans accusations.

Well, someone is definitely off the reservation and I am not all that sure its me. However, I did go to that link and all it did was take me to a google page full of links totally unrelated to this blog. So Mr. smart mouth, if you want to educate instead of pontificate, then provide the damn link to the article or documentation you want us to consider.

Coming in with a stupid attitude is not the way to share information and try to make your probably good points, but now with your commentary and lack of links that are relevant, its impossible to even know what the hell your point is about it all.

So, clean it up, drop your attitude and say what you mean and provide whatever evidence you have and tell us what you think it all means. OK??? Give us back ground on anything you feel we do not know or understand. Act like a teacher instead of a school yard bully, ok???