BEWARE: The Real (Domestic) Terrorists are Upping Their Chatter (and sealing their fate)

Vatic Note: PRINT THIS OUT AND PASS IT AROUND TO YOUR NEIGHBORS WHO DO NOT HAVE A COMPUTER.  SPREAD THIS ALL OVER THE PLACE TO EXPOSE IT TO THE LIGHT OF DAY.   INFORM THE SHEEP.   This is all its going to take for action to begin here, and when that happens watch Europe explode.  They have been waiting and its at a crucial time now.  If we respond when they do their FALSE FLAG ATTACK, then Europe will bust out all over there as well.  We have been tracking all the riots that are not shown on the MSM but are on the alternative press.  Its just damn time the "people" took back what is theirs and does not belong to the slimey criminals running their mafia satanic organization.

This makes perfect sense, if you remember who is running our government known as the synagogue of Satan, Khazar Rothschild bankers who HATE CHRISTIANS and MUSLIMS alike. They proved that in Russia when they took them over and killed 60 million Christians. So now they take our holiday where we enjoy family and the spirit of the season of Christs Birth and use that to again attack this nation psychologically and through deception to wear us down. Once you accept who the real terrorist are,  experienced for decades within their own country, then its an easy step to say "OK, ONE MORE TIME AND THAT IS THE END OF IT.... YOU DO IT NOW AND YOU ARE DEAD MEAT and we go after them like they would not believe, no more, now we GIVE instead of RECEIVE.  NOT the government, rather that foreign occupiers of our gov.    We can take care of the traitors later.

Everyone in agreement??? You now have your enemy and your targets. Focus like a laser beam on them until they are all gone. We just had a post up here proving Israel intended to nuke two american cities and blame it on the Pakistanis, so we know who will be doing the deed if its done. Watch out, you are awakening a sleeping tiger and I dont' think you want to do that unless your suicidal.  NO more of their BS.

BEWARE: The "Real" Terrorists are Upping Their Chatter 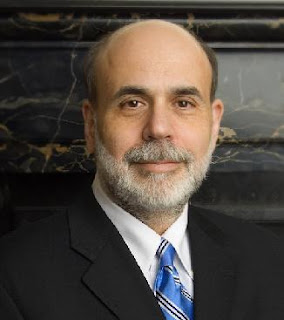 Remember the buzzword chatter? When our criminal government kept the sheeple on the razor’s edge of fear because they’d say that chatter levels coming from Al-Qaeda were increasing?

Well, today, in this article, I’m going to openly fear monger to you, because the chatter by the real terrorists, the ruling elite, is getting louder and more urgent — prompting me to warn you that it seems like a terror attack is coming soon.

All the signs are here. Clearly desperate for public approval and budget justifications, the government has recently made several bogus terror arrests of entrapped FBI patsies. Perhaps they thought the public would give them some political props for thwarting their own staged events. However, they’re beginning to realize that the general public has a bad case of ”boy who cried wolf” syndrome where these glorious victories in the ongoing war on terror don’t carry much effect anymore with people struggling to pay bills. Therefore, the regular folks must be reminded that the wolf can still bite.

Three recent stories seem to indicate a higher than normal level of urgency about an impending attack. The first was the report from Iraq that “intelligence” gathered from the recent round-up of militants revealed a threat of an attack inside the U.S. and Europe during the Christmas season. Reuters claimed in certain terms, but through a faceless spokesman:﻿

Al Qaeda is planning attacks in the United States, Britain and Europe around Christmas, one year after a failed attempt to bomb a U.S.-bound passenger plane, a senior Iraqi official said Thursday.

…’One of the (men) confessed that ISI will execute attacks inside the United States, Britain, and Europe,’ Hussein said. ‘They were making preparations for this goal.‘

Okay. Does anyone actually believe poor militants living in Iraq can prepare and execute a successful terror attack inside the United State? Regardless, DHS sent an alert to all local law enforcement, even though an official claimed that, “While there was no specific or credible information about a possible attack, the bulletin was based on intelligence from abroad.” It is this kind of absurdity that reveals the agenda, because this is not a credible threat on any level except to those who need to float warnings before they strike.

Keeping in mind that the original press release had “no specific or credible information,” because right on cue an ABC News story a few days later describes not just the specific threats, but also the motivation. For the dumbed-down, non-reading public the article says all you need to know: Holiday Terror Warning Cites Car Bombs and Small Arms Attack; with the sub-title, Authorities Worry About Christmas Attack For ‘Psychological Impact.’

This would seem to indicate that the real terrorists are seeking maximum ‘psychological impact’ with their next successful attack on U.S. soil. Perhaps they are getting ready to pull the trigger on something big. However, even a small arms attack would accomplish some of the establishment’s incremental goals like restricting the public’s ability to purchase semi-automatic rifles.  It’s much like the recent article about potential terror attacks to poison the food supply while the food safety bill S.510 bounces between houses.

Finally, the third and most telling story was a small bit by the Associated Press today regarding Attorney General, Eric Holder’s appearance on ABC’s Good Morning America where he feigns concern for “homegrown terror threats.” The AP reported:  (VN:  This is treason if they do as we just read and allow Israel to nuke two American cities, Holder then becomes a domestic terrorist)

Holder said the terrorism threat is real and constant. He says he’s concerned that the authorities may have missed a signal that an attack is coming.He says Americans have to be prepared for “potentially bad news.”

Of course, the establishment always uses the example of “anti-American cleric Anwar al-Awlaki, a U.S. citizen believed to be hiding in Yemen” as a claim that “Americans” are indeed seeking to strike the United States. This terror ring-leader of patsies has been exposed as a Pentagon insider by Fox News,  yet he’s still being used justify the surveillance-industrial complex, the snitch culture, and the clampdown on freedoms in the name of fighting “domestic terrorism by American citizens.”
So, we’ve gone from a threat with no credible or specific information, to being on alert for car bombs and small arms attacks with the purpose of inflicting maximum psychological impact, to our chief law enforcer saying we must prepare for potentially bad news.

Besides seeking a psychological reaction from sheep, the real terrorists also desperately need to muffle the truth movement before it grows too big to control. As the masses become more aware of the criminal actions by the government and its corporate cartel partners, the more they need a distraction. Even Geraldo Rivera has seen through the bogus terror plots, and said so on national TV.
This all says to me that something is coming because time is running out on their lies. Be afraid, be very afraid, but not of the coming attack, rather for the establishment’s response to it.

What did Eric Holder mean when he said "Americans have to be prepared for 'potentially bad news'"? What exactly did he mean by that?

I know he meant it in terms of a 'terror attack', but those are very odd words to use 'potentially bad news'. Did he get confused and let out the plans of a hidden agenda, maybe confusedly recalling something he heard at a secret meeting or something?

i live in the land of OZ