The Illuminati in America - Part 2A - Svali interview

Vatic Note:    This email was even more informative than the first, which was pretty doggone good.  In here it appears she has a thing for stopping child abuse, which is a big part of being an illuminati child and is a big issue for me as well, so I can relate to what she is saying.  Its why I exposed as much about satanism and ritual abuse of the illums children as I can because its so damaging to these innocent children,  that they later become the insane ones who damage so much instead of providing for the good of civilization .

That is why wars, abuse, torture, murder does not bother them, as they have been completely desensitized to it through early onset exposure as children.  They are seriously traumatized and then mind controlled after that.  Its truly good that some can break away from it and get help.  She was able to do much because she was a trainer and learned what was used and how it was used to control these children.

My only question was "if she is not allowed to marry outside the illum society, then why is she afraid for her husband and not herself, since he is supposedly still an illum?  Maybe later reading will explain that for me.

The Illuminati in America:  Part 2 A
Exclusive Interview with an Ex-Illuminati Programmer/Trainer
http://educate-yourself.org/mc/mcsvaliinterviewpt2.shtml
By Svali with interviewer HJ Springer, Chief Editor CentrExNews.com 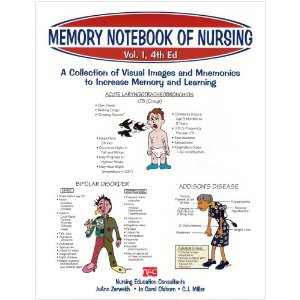 A: The Illuminati is a group that practices a form of faith known as "enlightenment". It is Luciferian, and they teach their followers that their roots go back to the ancient mystery religions of Babylon, Egypt, and Celtic druidism. They have taken what they consider the "best" of each, the foundational practices, and joined them together into a strongly occult discipline. Many groups at the local level worship ancient deities such as "El", "Baal", and "Ashtarte", as well as "Isis and Osiris" and "Set".

This said, the leadership councils at times scoff at the more "primitive" practices of the anarchical, or lower levels. I remember when I was on council in San Diego, they called the high priests and priestesses the "slicers and dicers", who kept the "lower levels happy". This is not to offend anyone, it only shows that at the leadership levels,they often believe they are more scientifically and cognitively driven. But they still practice the principles of enlightenment.

There are 12 steps to this, also known as "the 12 steps of discipline' and they also teach traveling astral planes, time travel, and other metaphysical phenomena. Do people really do this, or is it a drug induced hallucination ? I cannot judge. I saw things that I believe cannot be rationally explained when in this group, things that frightened me, but I can only say that it could be a combination of cult mind control, drug inductions, hypnosis, and some true demonic activity. How much of each, I cannot begin to guess. I do know that these people teach and practice evil.

At the higher levels, the group is no longer people in robes chanting in front of bonfires. Leadership councils have administrators who handle finances (and trust me, this group makes money. That alone would keep it going even if the rest were just religious hog wash). The leadership levels include businessmen, bankers, and local community leaders. They are intelligent, well educated, and active in their churches.Above local leadership councils are the regional councils, who give dictates to the groups below them, help form the policies and agendas for each region, and who interact with the local leadership councils.

At the national level, there are extremely wealthy people who finance these goals and interact with the leaders of other countries. The Illuminati are international. Secret? By all means. The first thing a child learns from "family, or the Order" as they are called, is "The first rule of the Order is secrecy". This is why you don't hear from more survivors who get out. The lengths that this group goes to, to terrify its members into not disclosing, is unbelievable.