History of the Illuminati - Part 1 of 3

Vatic Note:  I found this to be one of the most "illuminating" explanations to the current day illuminati families and their role and relationship to the "political Zionists", which includes the khazars and the fundamentalist Christians who were created by the Zionists to act on their behalf.  From the blogs and research we have put up... it appears they came together to achieve this agenda.

The one weakness I found in this explanation was the simplicity of the "who", due to the lack of mention of the 63 million Christians ( many of them Zionists) who died under the hand of the khazar Rulers of Russia after the revolution.  While that is a serious weakness,  It does not take away from how they got to where they are today and just how far along they have come toward their agenda using the very tools listed below.

One issue that arose was the "repitilian" part of the origination of these families.  Because there is no eye witness evidence to this fact, it will have to be left up to you to decide after reading and researching it yourselves.   I have deduced that it could well be true, by both the associated evidence & by something I saw personally on live raw feed back in 1991.  I have explained what that was many times on here, so I won't bore you with that again.  Remember, you could not "photoshop" a raw live feed with the technology we had at that time.

Part 1, is the big picture and part 2 will be first installment of a whistleblower account by the ex-trainer for the Illums,  who got out, spilled the beans for the sake of her own children  and is now hidden.   Part 3,  will include the connection and ancient history of the Queen of England going all the way back to Egypt and how British rituals and symbols today incorporate those same Egyptian symbols and rituals.

That was a real education for me and a surprise.  These will be well worth the effort to read and watch the videos.  AS WE CONTINUALLY SAY,  "THIS IS NOT A FAST FOOD NEWS SITE", so be prepared to spend the time it takes, since it has taken three times more than that to research it.

For those who do not believe there is a "vast international conspiracy to bring down America, please revisit the JFK speech made at the Newscasters banquet and the same speech given at Columbia University. Then remember he fired the head of the CIA who works for Britain and fired the head of the Joint Chiefs of Staff who approved the "Northwoods paper" calling for a terrorist attack of planes being flown into tall buildings and blaming it on the cubans so we would have an excuse to militarily invade cuba.

JFK, President of the United States, was assassinated for those three acts above.  They only mess with people they do not want having any adverse affect on their grand plans.  JFK was one of them, and Bobby was the other.

History of the Illuminati - Part 1 of 3
http://people.virginia.edu/~sfr/enam481/groupa/illumhist.html 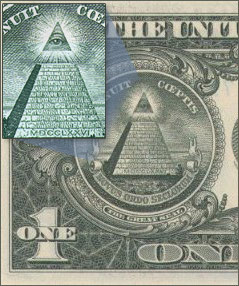 The Illuminati trace their origins back thousands of years to their conception as a result of the genetic inbreeding between a reptilian extraterrestrial race and humanity. Their modern origin, however, traces back to the 1760s and a man named Adam Weishaupt, who defected from the Catholic church and organized the Illuminati, financed by the International Bankers.

Since then, according to the Illuminati, their top goal has been to achieve a “one world government” and to subjugate all religions and governments in the process. The Illuminati thus attribute all wars since the French Revolution as having been fomented by them in their pursuit of their goals.

Weishaupt wrote out a master plan in the 1770s outlining the Illuminati’s goals, finishing on May 1, 1776. According to the Illuminati, this great day is still commemorated by Communist nations in the form of May Day. At the time Weishaupt’s ideology was first introduced, Britain and France were the two greatest world powers, and so the Illuminati claimed credit for having kindled the Revolutionary War in order to weaken the British Empire and the French Revolution to destroy the French Empire.

In the 1780s, the Bavarian Government found out about the Illuminati’s subversive activities, forcing the Illuminati to disband and go underground. For the next few decades, the Illuminati operated under various names and guises, still in active pursuit of their ultimate goal.

According to the Illuminati, the Napoleonic Wars were a direct result of Illuminati intervention, and were intended to weaken the governments of Europe. One of the results of these wars was the “Congress of Vienna”, supposedly brought about by the Illuminati who there attempted to form a one world government in the form of a “League of Nations.” However, Russia held out and the league of nations was not formed, causing great animosity towards the Russian government on the part of the Illuminati.

Their short-term plan foiled, the Illuminati adopted a different strategy.

The Illuminati say that they achieved control over the European economy through the International Bankers and directed the composition of Karl Marx’s Communist Manifesto and its anti-thesis written by Karl Ritter in order to use the differences between the two ideologies to enable them to “divide larger and larger members of the human race into opposing camps so that they could be armed and then brainwashed into fighting and destroying each other.”

Under new leadership by an American general named Albert Pike, the Illuminati worked out a blueprint for three world wars throughout the 20th century that would lead to a one world government by the end of the 20th century.

According to the Illuminati, the First World War was fought to destroy Czarism in Russia (the Illuminati had held a grudge against the Czarist regime since Russia had thwarted its plans for a one world government after the Napoleonic Wars) and to establish Russia as a stronghold of Communism.

Likewise, the Illuminati claim that the Second World War pitted the Fascists against the “political Zionists” so as to build up International Communism until it equaled in strength that of the United Christendom.

According to Illuminati plans, the Third World War, which is to be fought between the political Zionists and the leaders of the Moslem world, will drain the international community to the extent that they will have no choice but to form a one world government.
The article is reproduced in accordance with Section 107 of title 17 of the Copyright Law of the United States relating to fair-use and is for the purposes of criticism, comment, news reporting, teaching, scholarship, and research.
Posted by Vatic Master at 1:30 AM