(Israel) The Tail That Wags the World - - - Jim Kirwan

Vatic Note:  I confirm what the contributor has said.  What this article does is very effectively highlights how we have become as Israel,  a ROGUE NATION of the worst kind since we are bigger, and we were richer until Israel's dual citizen bankers decided with the aid of traitors in our nation to take and use our wealth and blood of our children to fight their wars and rogue nation the world into oblivion.  Well, they can destroy the world if they want since I would rather that, then ever allow them to do to us what they do to the Pals and what they have done to the real semitic Jews of this globe.

Contributors Note:  A MUST READ FOR EVERY SOLDIER - THEN CONSIDER THEIR OATHS.


The Tail That Wags the World --Jim Kirwan
Contributed to Vatic project by Expose, USA
11-21-10

Since the world was introduced to Israel, the entire planet has been upended. 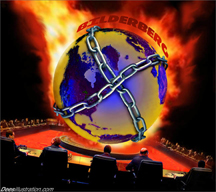 In the case before the world today of TSA's outrageous behavior, that flies in the face of all-humanity, we can easily see that this tyranny will lead directly to the enslavement of the American public if these policies are not brought to complete halt.

Here's the issue in a nutshell: TSA has said repeatedly that "the right to fly is not a right but a rivilege." Had this taken place during constitutional times it could have easily been applied then to horseback riding or the use of a carriage. But since there were no planes then, this "right to fly" is being treated as if it is somehow beyond the purview of the US constitution: That is the totally unreal justification being used by TSA and VIPER to undo over two-hundred years of the right to the freedom to travel: based on boy-George's idiocy that led directly to his unilateral and illegal wars upon both Afghanistan and Iraq.

Those "WARS" are illegal, and anything that attempts to prop-up the false justifications for them is also illegal because this entire construct represents 'fruit from the poisoned tree.' The fact that there was no crime committed against the United States of America on 911; but there was however perhaps the largest mass-murder of civilians committed on US soil that was never treated as the crime that it was. The exception
being the crime of murder for over twice as many people that died in Florida, under the US occupation and the total isolation of the remaining victims from Hurricane Andrew under GWH Bush's clean-up operations in the wake of Hurricane Andrew that killed over twice as many people as died on 911!

Now, the completely obscene claim that any so-called government agency (or those appointed by it to carry out these sexually oriented invasions of private persons); can finally be seen for what they are; crimes against the public that have nothing to do with either the wars or the aftermath of those wars.

"How so" you might ask? If TSA has the right to do this to all of us-then where is their ESPONSIBILITY to prove to the nation that what they are doing is actually in the national security interests of the United States?

As in: "By what authority are these probings and gropings being undertaken" TSA refuses to comment and any continued questions from an educated public that attempts to demand an answer is met with major violence, arrest and prosecution-and all because the offending agencies REFUSE to abide by the same laws they are demanding that we-the-public all follow.

The problem becomes crystal clear whenever anyone realizes that there can never be a "right without the responsibility that authorizes that supposed right, in the first place!

The government does not have the right to torture anyone: by virtue of the Geneva Convention and all US law. That was overridden by the Decider in the Bush Doctrine of 2002. That 'policy' was however the
product of an illegal order given by a man that was not the president (by any lawful means).

He was appointed by the US Supreme Court acting outside their constitutional role within the government: which itself was another unconstitutional act, that because of what it did, produced Bush-the-Imposter who then began to issue illegal orders (everything he did was illegal thereafter) especially and including the wars he declared without the oversight of the congress whose job that congress illegally gave to the imposter in order to distance themselves from this coup that supplanted the legal government of the United States and cleared the way for everything, including the TSA of  recent infamy and VIPER, that will soon began to make its appearance felt unless we stop this insanity!

This country needs to throw away the rose-colored glasses we've been wearing since the selections of 2000 and begin to deal with the realities of today: Firmly, and decisively before we all end up in Israeli prisons.

Today it was announced that Israel killed JFK, as part of her need for Nuclear Weapons and Kennedy's determination to inspect Israel's nuclear weapons programs. 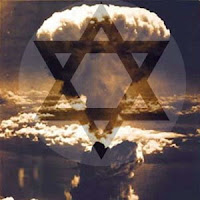 "In a startling accusation, nuclear whistleblower Mordechai Vanunu has alleged that Jerusalem was behind the assassination of US President John F. Kennedy, who was exerting pressure on the then Israeli head of state to shed light on the Dimona nuclear plant.

In defiance of a ban on talking to the media and meeting with foreigners, Vanunu is said to have made the accusation in an interview to London-based Al-Hayat newspaper.

As per the interview published in newspaper's Arabic supplement Al-Wassat yesterday, Vanunu said according to "near-certain indications", Kennedy was assassinated due to "pressure he exerted on then head ofgovernment, David Ben-Gurion, to shed light on Dimona's nuclear reactor".

"We do not know which irresponsible Israeli Prime Minister will take office and decide to use nuclear weapons in the struggle against neighboring Arab countries," he is quoted to have said, adding, "What
has already been exposed about the weapons Israel is holding can destroy the region and kill millions."

The whistleblower, who was http://www.rediff.com/news/2004/apr/21vanunu.htm  released in April after 18 years of imprisonment on charges of treason for divulging state secrets, also said that the reactor in Dimona, could become a second "Chernobyl", Israili media reported. He said an earthquake could cause fissures to the core and that would cause a massive radiation leak threatening millions.

Vanunu warned that Jordan should test the residents along the border with Israel for exposure to radiation and give them pills just like the Jewish state decided to do for its citizens.

Criticising the visit of head of the Atomic Energy Agency, Mohammed el-Baradei, to Israel early this month, he said, "He (Baradei) should have refused to visit Israel (because) he was not allowed to inspect the nuclear reactor."

It was not yet clear how al-Hayat did the interview, which the publication claimed is the first with Vanunu since his release. If it turns out that he in fact gave such an interview in violation of the conditions laid down for his release, severe sanctions might be imposed on him.

An Israeli Justice Ministry statement said "the statements that Vanunu made will be examined and if it is determined that he violated the law or his restrictions, then steps against him will be considered."

"The opinions on Vanunu are divided," said Ra'anan Gissin, a spokesman for Prime Minister Ariel Sharon. "Some say let him speak and it adds to the ambiguity policy, while others say the more he speaks the more he raises tensions, particularly in the current atmosphere."

Brushing aside the latest allegations, he said that serious people understood that Vanunu was speaking nonsense and his comments on JFK  were not worthy of a reaction." (1)

Really-Well what do you think about the possibility of Israel having been responsible for the murder of JFK? And are you willing to accept whatever Israel says about that world-changing event?

If not then are you willing to accept that what TSA and the government are saying about their new invasive procedures are "required" to protect a flying public while so many other aspects of the transportation industry remain untouched: buses, trains and the  shipping ports of the entire nation?

There ought to be a 'Fire in the Blood' within far more Americans than we have so far witnessed: So "what's in your veins" is it real blood or ice-water when it comes to what these people at these checkpoints continue to do to our children, to pregnant women to the sick and elderly as well as to everyone else that tries to fly?

These programs were designed by Israel to intimidate Americans into giving up all of what remains of our rights in order to turn this place into a prison without walls, in all but name. And every single one of you that actually agrees to let this happen to you, whether it's at a checkpoint or in a boarding line at the airport, are in collusion with the same people that murdered the 35th president of the United States: The 47th anniversary of JFK's murder just happens to be TOMORROW - how will you memorialize that infamous black-day.