Vatic Note:   Something is seriously up. I brought that up a few days ago and could not figure out what was going on and it started with the errant missile that was fired off the coast of LA. It was too weird that such a weapon that requires such perfectionistically skill as managing a missle with a war head onit, would result in the launching in a clearly haphazard manner and go astray. After that it was Obama out of harms way surrounded by a whole fleet of ships in his journey abroad, and he took 3,000 people with him which told me they were body guards, and not staff. Have they gone into the underground facilities we saw on Jesse ventura's show?

Earlier Rahm disappears, quits, along with about 7 others in his immediate influence sphere. The MSM says he quit to run for mayor of Chicago and then we find out he did not qualify since he did not have a one year residency. Does that sound like Rahm to you? He would not quit such a powerful job to take a less powerful position without first checking on the requirements, for heavens sake, so it could not be that. I think the running for office was a cover for something else that happened in the white house.

Either Obama was threatened and he left to save his life, (according to Vanunnu, the Israeli , Israel killed JFK ), or they have Obama as prisoner, since he has basically not been involved in almost any of the crisis we currently have going here. It was all to strange and now slowly but surely stuff is starting to come out, courts are starting to rule as they have in the past, not all of them, but a beginning..... what has happened? You have to understand this ruling basically puts this entire issue into a criminal category. Crimes against humanity are serious and this is simply the door being opened for someone to walk through. Hmmmm. Are there good guys with white hats after all???? Lord, I hope so.

This article below is very revealing and tells you the path they are traveling that could have very serious ramifications for the human race over all down the road. Time to seriously take a look at these activiites since I trust these psychos not at all. 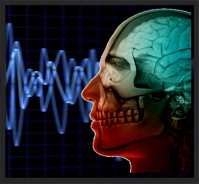 By ANNIE YOUDERIAN 11/17/10 (CN) – A federal magistrate judge in San Francisco ordered the CIA to produce specific records and testimony about the human experiments the government allegedly conducted on thousands of soldiers from 1950 through 1975.

Three veterans groups and six individual veterans sued the CIA and other government agencies, claiming they used about 7,800 soldiers as human guinea pigs to research biological, chemical and psychological weapons.

The experiments, many of which took place at Edgewood Arsenal and Fort Detrick in Maryland, allegedly exposed test subjects to chemicals, drugs and electronic implants. Though the soldiers volunteered, they never gave informed consent, because the government didn’t fully disclose the risks, the veterans claimed. They were also required to sign an oath of secrecy, according to the complaint.

The veterans filed three sets of document requests to find out who was tested, what substances they were given, and how it affected them. Between October and April, the government produced about 15,000 pages of heavily redacted records, most of which related to the named plaintiffs only.

The CIA argued that much of the information requested was protected under the Privacy Act and the Health Insurance Portability and Accountability Act. U.S. Magistrate Judge James Larson acknowledged that some of the requests were too broad and ordered the veterans to be more specific and to reduce the total number of requests.

For example, Larson said the plaintiffs’ definition of “test program” is “overbroad,” as it not only named experimental programs like “Bluebird,” “Artichoke” and “MKUltra,” but also included “any other program of experimentation involving human testing of any substance, including but not limited to ‘MATERIAL TESTING PROGRAM EA 1729.’”

He ordered the veterans to provide a list of specific test programs and test substances. But once the plaintiffs narrow their requests, Larson said, they are entitled to most of the information. Each government agency must respond individually to each request, he said, and if an agency denies any request, it must explain — in sufficient detail — why the records are purportedly privileged….

Larson….then addressed which topics are fair game for deposition, saying the government must produce witnesses to testify about the following: communication between the VA and test subjects on their health care claims; a 1963 CIA Inspector General report on an experiment called MKUltra, and the basis for each redaction on that report; the scope and conduct of document searches; the doses and effects of substances administered to test subjects; any contract or research proposals concerning the experiments; a confidential Army memo about the use of volunteers in research; all government-led human experiments from 1975 to date, but only those that involve specific drugs; and whether the government secretly administered MKUltra materials to “the patrons of prostitutes” in safe houses in New York and San Francisco, as the veterans claimed.

Judge Larson ruled for the CIA on other issues, however, saying the agency’s not required to testify about test subjects who withdrew their consent or refused to participate; devices allegedly implanted into certain test subjects; the alleged use of patients at VA hospitals as guinea pigs in chemical and biological weapons experiments; or the drug research studies conducted by Dr. Paul Hoch, who was purportedly funded by the government and caused the death of a patient named Harold Blauer. http://www.courthousenews.com/2010/11/17/31924.htm