Vatic Note: TALK ABOUT COURAGE!  Another article on the MOUSE THAT ROARED.  This is what we need to do, what every country in this world needs to do. Crimes have been committed, economic terrorism has been documented and committed here, and both should be prosecuted and once our system is rescued, that is what we must do. We know who the perps are and if 9-11 had not occurred, investigations going on in the attacked buildings would have resulted in prosecutions, however 9-11 destroyed all the evidence and killed the investigators, which is first degree murder on top of the rest of it. This makes Icelands problems pale in comparison and yet they are the ones doing the right thing and we are not. That makes those in charge of the justice system culpable AND PROSECUTABLE as well. 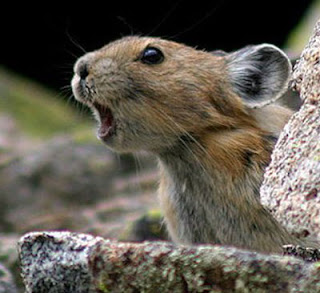 Sept. 29 (Bloomberg) -- Iceland’s former Prime Minister Geir H. Haarde, who led the island from boom to bust two years ago, became the first political leader to be indicted for mismanagement of economic affairs during the financial crisis.

Parliament voted 33 to 30 to charge Haarde, 59, in Reykjavik yesterday. Lawmakers decided not to charge former Finance Minister Arni M. Mathiesen, former Business Minister Bjorgvin G. Sigurdsson and former Foreign Minister Ingibjorg Solrun Gisladottir. The indictment is the first time a special court set up in 1905 to hear such cases will be convened.

The 2008 banking failure forced the island, the world’s fifth-richest per capita a year earlier, to turn to the International Monetary Fund for help and sent the krona plunging as much as 80 percent against the euro in the offshore market. Lawmakers had been debating the issue of whether to move against individual political leaders since a parliamentary committee on Sept. 11 recommended the four be charged.

“This indictment is unprecedented,” said Gudni Th. Johannesson, an historian with the Reykjavik Academy. “Over the past two years, banks all over the world have collapsed and economies faltered. Obviously, heads of state have been indicted before for war crimes, such as Slobodan Milošević and Charles Taylor, but never for anything such as economic mismanagement.”

Haarde, who was prime minister from 2006 until the beginning of 2009, must be held responsible for “violations committed from February 2008 through the beginning of October of the same year, by intent or gross neglect, mostly violations against the laws of ministerial responsibility” as well as breaches of the penal code, the committee of nine lawmakers said. The same charges were brought against the other three.

Bjarni Benediktsson, chairman of Haarde’s Independence Party and leader of the opposition bloc, said this month his lawmakers would seek to block any charges. The Independents, among five parties represented in the committee, recommended none be indicted. The ruling Social Democrats wanted to indict only Haarde, Gisladottir and Mathiesen, while the Left Green Movement -- the junior coalition partner -- and the opposition Progressive and Movement parties insisted all four be indicted.

“This is a very peculiar outcome -- parliament has decided to hold one man accountable for the economic collapse,” said Eirikur Bergmann, a professor in political science at Bifrost University on the island. “This decision will mean that Iceland’s political discourse will be plagued by disunity. More than anything, this is a sad outcome.”

The government of Prime Minister Johanna Sigurdardottir, in office since January last year, is struggling to rebuild the crippled economy as Icelanders come to terms with spiraling debt burdens and incomes reduced by 20.3 percent last year.

“An indictment will tell politicians that their posts are associated with great responsibility and that the law dictates that this responsibility be interpreted in the strictest sense; they shouldn’t just sit there and look pretty,” said Gunnar Helgi Kristinsson, a professor in political science at the University of Iceland, in an interview before the vote. “This could set a political precedent.”

The committee was appointed after a separate commission investigating the causes of the 2008 crisis in April found that the government, central bank and financial regulator had all been “negligent” in their failure to address some of the factors that exacerbated the collapse.

The commission had suggested previous central bank governor David Oddsson as well as former head of the Financial Supervisory Authority Jonas Fr. Jonsson acted negligently in the years leading up to the meltdown, according to the April report.

Oddsson was head of government from 1991 until 2004, making him Iceland’s longest-serving Prime Minister and the principal architect of the privatization of the island’s banks. Haarde served as Finance Minister from 1998 until 2005.

The commission alleged that Haarde, Sigurdsson and Mathiesen didn’t exert enough pressure on the banks to shrink their balance sheets after they amassed debts equivalent to 10 times Iceland’s economic output, a development the commission said was key in fuelling the financial collapse.

Kaupthing Bank hf, Landsbanki Islands hf and Glitnir Bank hf all collapsed within weeks of each other in October 2008 after they were unable to secure enough short-term funds to continue their operations. The state was forced to step in and take control of the domestic assets to create new local units. The banks’ failures left creditors wondering how to recoup a total of $86 billion.

The committee had also recommended the former ministers be charged for failing to ensure that Landsbanki created a U.K. subsidiary when selling its Icesave accounts there -- a measure that would have forced the British government to cover depositor claims, it said.

Iceland’s government has yet to settle a dispute with the U.K. and Dutch over how to settle $5.1 billion in depositor funds stemming from the failure of Landsbanki.