Vatic Note:   This is the death knell finally, of our Constitution and Bill of Rights,   You just lost the right to survive freely, IF OBAMA SIGNS THAT BILL,  now you will survive IF THE GOVERNMENT SAYS YOU CAN IF YOU BEHAVE AS THEY WISH YOU TO.    I sincerely hope you really UNDERSTAND THIS, and all its implications.   I suspected and said in the beginning,  the gulf was about controlling our food by taking sea food away from us and making us dependant on asia and overseas suppliers, just like our current situation with fruits and veggies.   Now you can't even do a homegrown garden and barter food without going to jail. 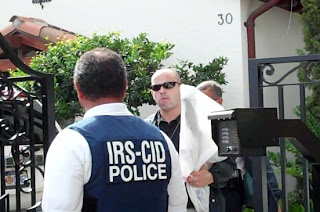 Now you know why our prisons contain the largest prison population in the world including China with quadruple the population.  Our prisons are full of Americans who have done nothing criminal as we know crime.  Now we are fully like China that we used to gripe about how unfree they were.   Now its about control and resistance to it.   IF YOU RESIST ANYTHING NOW, BETWEEN THIS AND THE HEALTH CARE BILL YOU WILL GO TO JAIL, & in jail, YOU WILL PERFORM SLAVE LABOR FOR THE CORPORATIONS, JUST LIKE CHINA, AND YOU WILL NOT EAT IF YOU DO NOT WORK.  GOT IT????   They just finished packing the supreme court with  Zionists who will sustain that position.   Palestine II at your service.   So, Is this the line in the sand?   If not, then there are no more opportunities to draw one after this.  They just banned collection of rainwater and thus forcing us to use their poisoned toxic water full of Lithium which is a heavy metal and Flouride which is a Halogen, and both are deadly to the human body.  So now what?  You decide.   Its your life sustaining future they will control unless we stop this now and they NEED to know we are serious about doing so.   Only you can convey that fact to them effectively.  REMEMBER, IF YOU ARE IN JAIL, THEY GET CONTROL OF YOUR CHILDREN AND YOU KNOW FULL WELL WHAT THAT MEANS WITH THESE PERVERTS.

"If accepted [S 510] would preclude the public's right to grow, own, trade, transport, share, feed and eat each and every food that nature makes. It will become the most offensive authority against the cultivation, trade and consumption of food and agricultural products of one's choice. It will be unconstitutional and contrary to natural law or, if you like, the will of God." It is similar to what India faced with imposition of the salt tax during British rule, only S 510 extends control over all food in the US, violating the fundamental human right to food." ~ Dr. Shiv Chopra, Canada Health whistleblower.

Monsanto says it has no interest in the bill and would not benefit from it, but Monsanto's Michael Taylor who gave us rBGH and unregulated genetically modified (GM) organisms, appears to have designed it and is waiting as an appointed Food Czar to the FDA (a position unapproved by Congress) to administer the agency it would create without judicial review if it passes.

S 510 would give Monsanto unlimited power over all US seed, food supplements, food AND FARMING. (VN: This should be a NO WAY, we will accept that ever.   Its the final attack by criminal acts against our bodies enmass.... we already know that from India and other examples HERE of deaths from those seeds and the ready round up marker inserted in that food.   TAKE A STAND AND SAY "NO WAY" EVER.  We will grow our own food, we will collect rainwater, and we will resist arrest under repressive and inhumane laws.  We are done with it.  NON COOPERATION BOTH OUTSIDE AND INSIDE THE JAILS.  Don't bother with the gas chambers either like you did in Germany and Russia.  WE KNOW,  so we won't go.

In the 1990s, Bill Clinton introduced HACCP (Hazardous Analysis Critical Control Points) purportedly to deal with contamination in the meat industry. Clinton's HACCP delighted the offending corporate (World Trade Organization "WTO") meat packers since it allowed them to inspect themselves, eliminated thousands of local food processors (with no history of contamination), and centralized meat into their control. Monsanto promoted HACCP.

In 2008, Hillary Clinton, urged a powerful centralized food safety agency as part of her campaign for president. Her advisor was Mark Penn, CEO of Burson Marsteller*, a giant PR firm representing Monsanto. Clinton lost, but Clinton friends such as Rosa DeLauro, whose husband's firm lists Monsanto as a progressive client and globalization as an area of expertise, introduced early versions of S 510.

1. It puts all US food and all US farms under Homeland Security and the Department of Defense, in the event of contamination or an ill-defined emergency. It resembles the Kissinger Plan.

2. It would end US sovereignty over its own food supply by insisting on compliance with the WTO, thus threatening national security. It would end the Uruguay Round Agreement Act of 1994, which put US sovereignty and US law under perfect protection. Instead, S 510 says:

Nothing in this Act (or an amendment made by this Act) shall be construed in a manner inconsistent with the agreement establishing the World Trade Organization or any other treaty or international agreement to which the United States is a party.

3. It would allow the government, under Maritime Law, to define the introduction of any food into commerce (even direct sales between individuals) as smuggling into "the United States." Since under that law, the US is a corporate entity and not a location, "entry of food into the US" covers food produced anywhere within the land mass of this country and "entering into" it by virtue of being produced.

4. It imposes Codex Alimentarius on the US, a global system of control over food. It allows the United Nations (UN), World Health Organization (WHO), UN Food and Agriculture Organization (FAO), and the WTO to take control of every food on earth and remove access to natural food supplements. Its bizarre history and its expected impact in limiting access to adequate nutrition (while mandating GM food, GM animals, pesticides, hormones, irradiation of food, etc.) threatens all safe and organic food and health itself, since the world knows now it needs vitamins to survive, not just to treat illnesses.

5. It would remove the right to clean, store and thus own seed in the US, putting control of seeds in the hands of Monsanto and other multinationals, threatening US security. See Seeds ­ How to criminalize them, for more details.

6. It includes NAIS, an animal traceability program that threatens all small farmers and ranchers raising animals. The UN is participating through the WHO, FAO, WTO, and World Organization for Animal Health (OIE) in allowing mass slaughter of even heritage breeds of animals and without proof of disease. Biodiversity in farm animals is being wiped out to substitute genetically engineered animals on which corporations hold patents. Animal diseases can be falsely declared. S 510 includes the Centers for Disease Control (CDC), despite its corrupt involvement in the H1N1 scandal, which is now said to have been concocted by the corporations.

7. It extends a failed and destructive HACCP to all food, thus threatening to do to all local food production and farming what HACCP did to meat production ­ put it in corporate hands and worsen food safety.

8. It deconstructs what is left of the American economy. It takes agriculture and food, which are the cornerstone of all economies, out of the hands of the citizenry, and puts them under the total control of multinational corporations influencing the UN, WHO, FAO and WTO, with HHS, and CDC, acting as agents, with Homeland Security as the enforcer. The chance to rebuild the economy based on farming, ranching, gardens, food production, natural health, and all the jobs, tools and connected occupations would be eliminated.

9. It would allow the government to mandate antibiotics, hormones, slaughterhouse waste, pesticides and GMOs. This would industrialize every farm in the US, eliminate local organic farming, greatly increase global warming from increased use of oil- based products and long-distance delivery of foods, and make food even more unsafe. The five items listed the Five Pillars of Food Safety are precisely the items in the food supply which are the primary source of its danger.

10. It uses food crimes as the entry into police state power and control. The bill postpones defining all the regulations to be imposed; postpones defining crimes to be punished, postpones defining penalties to be applied. It removes fundamental constitutional protections from all citizens in the country, making them subject to a corporate tribunal with unlimited power and penalties, and without judicial review.


The article is reproduced in accordance with Section 107 of title 17 of the Copyright Law of the United States relating to fair-use and is for the purposes of criticism, comment, news reporting, teaching, scholarship, and research.
Posted by Vatic at 6:30 AM

Thank you, and this is definitely going up on the schedule for review. I wonder how they will monitor our exercise routine??? LOL Oh, I know, they will RFID chip us and that will give the data on our heart rates to make sure we are exercising... OOH, thank Gawd, since I have no big daddy to tell me what to do anymore.... so that is a relief.