1,200 National Guard Troops Being Deployed to Border Will Not Be Used to Stop and Detain Illegal Aliens

Vatic Note:  So, WHAT will they be used for???  Not sure this makes sense;  didn't the President just sue AZ to kill the bill that would allow the state to do this???  Is this to be a Federal vs state confrontation?  Please notice how they will not tell us exactly what they will be doing on the border.

I wonder, given our gov need for drugs to fund their black ops (or those running our government who are not true members of our government, rather foreign occupiers, if this is about escorting and making sure the drugs get through, like the military does in Afghanistan. We wrote about that on a previous blog. We also wonder if the militia stepping up and shooting drug dealers who tried to enter private property is the reason they sent the guard to prevent that from happening again probably for the same reason. We also wrote about that as well. Or maybe that is for us, and not for them. Identification etc???

Its been impossible for the gov to declare martial law and maybe they decided to do what they would normally have done had it been declared and then see how we respond to the intrusion into our freedom of movement and road blocks, only for citizens and not illegals or drug dealers. Some interesting questions and feedback from that area would be most welcome on what you actually experience there in AZ and the other states.  Or maybe its just because its election time and once over, we will be back to normal  with drugs and illegals all over the place.  We don't know why this is happening, but given our history with this gov, its best to watch and observe diligently so we are not leaving our states to the mercy of the neocon occupiers of our fed government.

1,200 National Guard Troops Being Deployed to Border Will Not Be Used to Stop and Detain Illegal Aliens
http://www.cnsnews.com/news/article/70702
Friday, August 06, 2010
By Edwin Mora 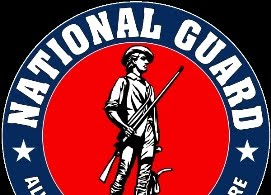 (CNSNews.com) -- The 1,200 National Guard troops that are being deployed incrementally to the southwest border “will not be doing direct law enforcement,” said U.S. National Guard Bureau Director of Communications Jack Harrison when asked if the forces would be interdicting drugs and undocumented immigrants.

“The two mission sets are criminal analysts and enter-identification team,” Harrison told CNSNews.com. “I can tell you that guardsmen will not be doing direct law enforcement on the southwest border.” In other words, the National Guardsmen will not be used to actually stop and detain illegal aliens trying to sneak across the border into the United States. Harrison made his comments on Friday during a “bloggers roundtable” sponsored by the Department of Defense (DOD).

When CNSNews.com asked if the National Guard assessed whether 1,200 troops were adequate to accomplish the mission assigned by the Department of Homeland Security and DOD, Harrison said, “DHS and DOD determined the number necessary for this request and I don’t have anything further on that part of your question.” “The mission in a nutshell is a two-fold support mission in criminal analysis and enter-identification team on the southwest border,” he said.

On July 19, Gen. Craig McKinley, commander of the National Guard, indicated http://www.cnn.com/2010/US/07/19/border.troops/index.html  that although the forces will be armed, they will be limited by rules of engagement that allow them to shoot only in self-defense. "The rules for the use of force will be well-coordinated, and they're the same as our counternarcotics teams that are there now -- for self-preservation only, self-defense only," he said.

Gen. McKinley added, "The rules for the use of force will be well-coordinated, and they're the same as our counternarcotics teams that are there now -- for self-preservation only, self-defense only.” Harrison further said that the Department of Homeland Security (DHS) and the DOD were responsible for determining the number of troops to be deployed incrementally along the approximately 2,000-mile southwest border.

“This deployment involves up to 1,200 National Guardsmen for up to 365 days or 1 year, and it is scaled based on what DHS requested of DOD and is essentially to allow the hiring and training of approximately 1,000 more agents that is part of a larger plan at DHS for the southwest border,” said Harrison.

Rather than acting as gap-fillers, the guardsmen will be “augmenting existing capabilities that CBP [Customs and Border Protection] and ICE [Immigration and Customs Enforcement] have for up to one year, and DHS has this larger plan through which part of it is to hire a thousand more agents over the next year,” said Harrison. Harrison declined to say when each state involved -- California, Texas, Arizona, and New Mexico – would be deploying their National Guard force to the border.

“What I can tell you is that during the next 60 to 90 days we anticipate that those states will get these people on the mission and they’ll be doing the support that DHS has requested of them,” he said. Officials have stated that Arizona will get most of the troops, about 524 soldiers. Texas will get 250, California 224, and New Mexico 72. Harrison explained that the National Guard has been working with DHS for over two decades through its counter-narcotics program. 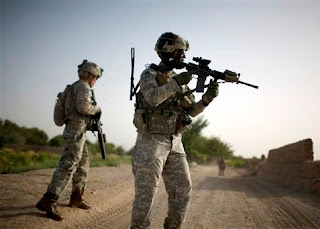 “Currently, we have more than 300 national guardsman supporting the counter-narcotics program down there, and that’s been going on at different levels for nearly 20 years,” said Harrison. “More recently a deployment to the southwest border, which had been named Operation Jump Start, began in the summer of 2006, which brought on at the height of that support, 6,000 guardsmen and lasted for two years,” he added.

“When this mission started we had between 300 and 350 already there in that counter-drug mission,” he said, “and since this particular deployment started we brought on nearly 370 across all four states.” According to Harrison, there are approximately 55,000 National Guard soldiers assigned to missions overseas. That’s approximately 45 times more than the 1,200 troops being sent to the southwest border. The National Guard is made up of 460,000 men and women, citizen soldiers, and airmen, said Harrison.

If you exclude the Guards involved in overseas missions and in domestic operations, “you still have within the National Guard some 390-or-so-thousand citizen soldiers and airmen here in this country able to do what their governors or the president needs them to do,” said Harrison.

Media reports suggested that the National Guard missed its alleged deadline of deploying the 1,200 troops by Aug. 1. However, Harrison said that the objective has always been to incrementally deploy those troops.

“We are following the plan as it was agreed to by DHS and DOD and the Guard is not missing any deadline whatsoever,” said Harrison.