Vatic Note: Remember, we have done an extensive series on both Child Snatching in the US and the role of the Child Services and the investigations that were generated by Senator Schaffer who we notified you was murdered just recently in the middle of her work on this subject.

Also Remember the Franklin scandel with the George HW Bush White House with respect to Pedophilia, and also we put up here much on the British scandels surrounding pedophia  as well.   It was sufficient for us to really start digging as to how this could be so global and pervasive and now we find out its almost an institutionalized mechanism of control over others including leaders of industry, government, science, music, and even religion as we see with the various scandels in the Catholic and Jewish faiths.

This article below is Just to catch you up on the connection between Molech and the Bohemian grove and the high level elite involved in this annual ritual.  This is Alex Jones Video of his visit into the Bohemian Grove undetected among many visitors (they have 2,000 members).

Then read the article after this. Ignore his exaggeration in music etc and early filming, but he does get to it if you wait. Actually scroll over to the time showing 112:46 otherwise you will get the entire trip and its not relevant to what we need to see here. Although if you get time, its interesting how the interviews with the locals went.

Then watch the video in full and you can see just how little the locals know what goes on there. Its long but worth it, since he does deep background information from his research before he ever tried to go inside. They were carrying a hidden camera so the audience kept getting in the way but they later fixed it so you could see it much better, it was still very interesting ceremony. Very much like that described in the previous blog I put up about Molech.

Please watch the video first, then read the article.  (Don't forget to move the timer forward to 112.46)

The August 2, 1982 edition of Newsweek magazine reported: "... the world's most prestigious summer camp - the Bohemian Grove - is now in session 75 miles north of San Francisco. The fiercely guarded, 2,700 acre retreat is the country extension of San Francisco's all-male ultra-exclusive Bohemian Club to which every Republican President since Herbert Hoover has belonged.

With its high-powered clientele, coveted privacy and cabalistic rituals, the Bohemian Grove has prompted considerable suspicion. ... The most important events, however are the "lakeside talks" (past orators: Alexander Hague and Casper Weinberger). This year's speaker was Henry Kissinger on The Challenge of the '80s."

Maclean's magazine, March 23, 1981 reported: "Each summer, for three weekends - this year's will be the 103rd - nearly 2,000 Bohemians, with guests in tow, speed in by car and corporate jet to their guarded Grove, close by the hamlet of Monte Rio (population 1,200) on the Russian River. The Grove's Shakespearean motto, "Weaving spiders come not here," is an injunction to forget wheeling and dealing which is widely ignored. While 'ruling-class cohesiveness' rarely lets slip details of accommodations arrived at there, some - such as the 1967 agreement by Ronald Reagan, over a drink with Richard Nixon, to stay out of the coming presidential race - have helped mold America's destiny.

... Oddly enough, reporters are barred from this club, formed one night in 1872 by five bored news hawks on the old San Francisco Examiner to promote good fellowship (i.e., booze-ups) and 'to help elevate journalism to that place in the popular estimation to which it is entitled.' That aspiration went down the drain when membership was extended to show people, and by 1878, the year of the first Grove-fest, the journalist were already on their way out.

Today, a prospective member faces an interrogation that, according to one club man, 'would satisfy the KGB.' There is a waiting list of 1,500 notables, all eager to pay the $2,500 initiation fee and $600 a year dues.

"Up to a few months ago, our knowledge of Bohemian Grove, the exclusive elitist hideaway by supposedly adult wheeler dealers, a.k.a. Washington statesman and prominent people (all male.)

We dismissed the behavior as immature, even pitiful by emotionally disturbed juveniles and not worth attention. This is where Kissinger, Ford, Nixon, Bechtel, Bush, Cheney, Hoover and their friends (2600 members) hang out and "relax." And if they want to behave as little boys that is their privilege, it is private property.

Recent [O'Brien and Phillips, TRANCE Formation of America (pp 170-1)] information may radically change this perception of Bohemian Grove. (VN:  I tried to order this book from overseas a few years back because I could not find it here, then when I ordered it, they informed me that they could not sell it in the US, since then its changed, but at the time this book was banned here, so that told me there was something in there they did not want us to see) Not merely drunkenness, unbounded use of alcohol and drugs with vague homosexual tones (confirmed by our sources) but reported activities much more serious - kidnapping, rape, pedophilia, sodomy, ritual murder. Investigation is blocked under the 1947 National Security Act. (!) And like the Omaha child abuse case, includes illegal detention of children.

For decades, there have been vague rumors of weird goings on in Bohemian Grove in more remote parts of its 2200 acres. Reliable reports claim Druidic like rituals, druids in red hooded robes marching in procession and chanting to the Great Owl (Moloch.) A funeral pyre with "corpses." Scores of men work in the Bohemian Grove as servants so this party is fairly well established.   (VN:  Look at the one dollar bill and see the owl on the bill hidden partial behind a leaf.   Power controls currency, doesn't it???) 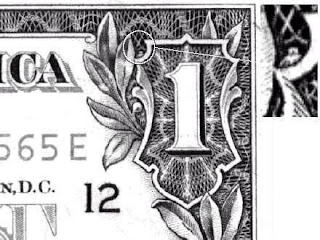 An article in a local community newspaper, Santa Rosa Sun (1993, July) reported on the Cult of Canaan and the legend of Moloch in place at Bohemian Grove. The Moloch Pagan Cult of Sacrifice is human sacrifice. (VN:  Remember the occult dates of 9/11/2001 and the deaths of over 3,000 people, a blood sacrifice on a tall structure with many bodies inside and laying at the feet of the building)  About the mid 1980s there were rumors of murders in remote parts of the property. A local police investigation went nowhere. State investigators on related criminal acts went nowhere.

According to an observer and near victim, who can describe the Bohemian Grove inner hideaways, the closed sanctum, even the decor at secret locations, places where no outsider goes (or servants according to our sources) there is an UNDERGROUND lounge (sign spelled U.N.derground) a Dark Room, a Leather Room and a Necrophilia Room.

Here is one of O'Brien's quote "Slaves of advancing age or with failed programming were sacrificially murdered at random in the wooded grounds of Bohemian Grove and I felt it was only a matter of time until it would be me."

This potential victim survived. Others reportedly did not.    (VN:  Look at the owl hand signal of all these elite and leaders of various countries, since this practice knows no  boundaries, the bond between these leaders and their religion is greater than national loyalty) 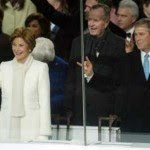 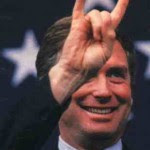 The Origin of Moloch, Druid and Canaanite Cult

These cults were based on human sacrifice. Why would a 20th century resort reproduce the cult ceremonies? At the minimum, it demonstrates an attraction to the ceremonial practices of the cult, i.e. adoration of destruction, blood, barbarity and sacrifice of children.

In brief, the O'Brien charges are consistent with the tenants of Bohemian Grove as played out in ceremony. This is not a resort devoted to, for example, tennis or swimming. It is apparently devoted to blood sacrifices.

"First Moloch, horrid king, besmirched with blood Of human sacrifice, and parents' tears,Though, for the noise of drums and timbrels loud,Their children's cries unheard, that passed through fireTo his grim idol." 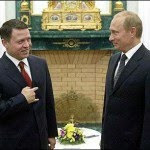 "Many political reputations and world governments secrets were staked on the belief that I could not be deprogrammed and rehabilitated to recall that which I was supposed to forget."

So much for the programming experts. Colonel Aquino is a psychology "expert" linked to mind control with Defense Intelligence Agency and presumably first class talent, yet (Cathy) O'Brien was apparently deprogrammed and secrets spilled all over." (end quoting)

The book "TRANCE Formation of America" is an autobiography by Cathy O'Brien with Mark Phillips. Cathy and her 8 year old daughter were rescued from their mind-controlled existence in 1988 and taken to Alaska by Mark Phillips for safety and rehabilitation. She and her daughter were victims of the US Government Defense Intelligence Agency TOP SECRET MK-Ultra Project Monarch (MIND CONTROL). Cathy became a White House "Presidential Model" Mind-control slave. Later on, her very young daughter was included in this evil MIND CONTROL project, and was physically, sexually and mentally tortured by the pen-stripe suited leaders of the most powerful organization in the world, our US Government. I will not take this space to tell you the entire story, because it is much more alarming as it is related by Cathy in this VERY DISTURBING book. My first reaction to reading these facts was utter sadness to learn about two innocent human beings that were tortured and treated as simple tools for the pleasure of our world leaders. This was followed by extreme anger, when I realized that the persons committing these horrible crimes were not repeat offenders who were just recently released from a maximum security prison or mental hospital, but people who are our recent and current elected and appointed state and federal leaders. If this book does not deeply sadden you, and then make you very angry, you just don't understand.

As these world leaders, who have all the creature comforts that they could ever desire, look around for something new and interesting to do to amuse themselves, is it not reasonable to assume that they eventually will revert to pagan ritual rites, mind control, pedophilia, necrophilia, homosexuality, bestiality, prostitution and yes - human sacrifice? Apparently they already have!!

Alex Jones, a patriot friend from Austin, Texas had the guts to sneak into the Bohemian Grove a couple of years ago with a video camera. He secretly filmed about an hour of the Medieval rituals performed before the 40-foot high concrete owl that they were worshiping. One of the rituals was a sham burning of a human being on the altar in front of the owl. Others have reported in the past that they have sacrificed live human beings on this altar. You can purchase a copy of this VHS video tape by going to Alex's web site at http://www.infowars.com.

The article is reproduced in accordance with Section 107 of title 17 of the Copyright Law of the United States relating to fair-use and is for the purposes of criticism, comment, news reporting, teaching, scholarship, and research.
Posted by Vatic at 1:30 AM

I can't help but be a little suspicious of Alex Jones's uncanny ability to show up at Bildeberger meetings and within the closely guarded Bohemian Grove.

I know, lately I have been thinking the same thing.