Khazars And Brahmins – The Genetic Code 54

Vatic Note:   This is one of the very few times, that I have to admit that I know very little about this history, but I find it very relevant since it mentions the "Khazars" and their role in all this, and it also mentions the continued battle between the Muslims and the Hindus as evidenced by the breakaway of Pakistan from India earlier due to religious reasons between the Hindus and Muslims.  But Sikh's are not muslims, nor are they Khazars, so that does not explain the massacre of the Sikh's in 1984 and even on going today, by the government of India?

I also put it in here because India is identified as being an ally of Israel and "foreign occupied" America, which will fight in WW III against the other side, that the khazars have "deceptively manipulated", which are the Muslims.  In reality, it is the khazars who are the enemy of both sides of this planned conflict.  They intend, as the Zionists wrote in one of their Zionist publications that they will manipulate the Christians and Muslims to fight each other to the death and leave the Zionists standing, that are khazars, as this article states through research done by geneticists.

Here is my third reason for bringing this up.... for the first time, I was impressed by the comments section which both supports and opposes the contentions in this article.   If I had had more exposure to this subject in the past, I could have done as I usually do and that is comment and link what I believe to be the truth of the matter.  However, since I do not have a depth in the base of this information, I will ask you to read the comments section on the site after reading the article and pursue the issues contained there in and decide for yourselves.  I am probably going to struggle with this for along time, EXCEPT WHERE THE SIKHS  ARE CONCERNED.  For them, I am fully satisfied they are nothing but victims in this game of one-upmanship.

My major concern are the Sikhs who are the occupiers of Punjab which is a fertile land and food growing is the industry for the area.  I have wondered in the past, if their persecution by the government is due to their ownership of that land and thus is a land grab?  As I said, so much to learn and know, but I am beginning to believe its critical that we understand all this if we are to succeed in saving ourselves.

We need to have a more global view of this conflict than we have and this is just one aspect of the complicated dynamics we are finding.  Please read this below,  then go to the link and read all the comments and see what you think.   It was difficult for me since I have no depth of knowledge with respect to "credible sources" like I do for issues here in the States.  Keep that in mind as you read.   Somehow, we will get to the truth of it all.

Jews (VN: Khazars) And Brahmins – The Genetic Code
http://www.sikharchives.com/?p=5156 by 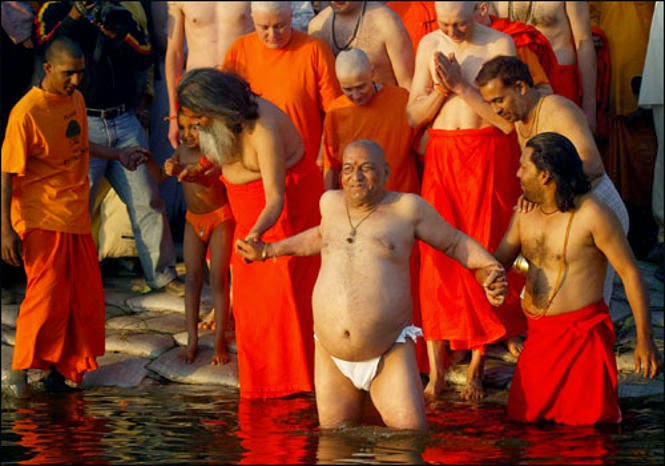 “Whereas the inhabitants of the Indian peninsula are Hindus whose hearts have been full of hatred towards Muslims, therefore, India is the most important base for us to work there from against Pakistan,” David Ben Gurion, quoted in the Jewish Chronicle, August 9, 1967.

Now if you read history of the Indo-subcontinent from objective sources, you discover the during the ten centuries Muslim rule, the upper-caste Brahmin Hindus neither stopped conspiring against the Muslim rulers while the members of other three lower-cast Hindus not only co-operated with the Muslim rulers but also became the part of the governing elites even without converting to Islam.
Many Jews and Brahmins were supporters of Adolf Hitler based on their common concept of the “race superiority”.

The Genome Research Journal (May 8, 2001) reported that the upper caste Brahmin Hindus have common traits with the Jewish people – such as the caste superiority (racism) and ethnically the great majority of both Brahmins and Jews is rooted in Khazar tribes of Asia.

Both the Jews and the “Jews of India” say they have been able to win over President Obama to tackle their common enemy. But our friend Alan Hart fears another anti-Jew violence in the West. We have the same fears in India: the rise of anti-Brahmin war and violence. The unity of China with Iran, Pakistan and other revolutionary Islamic forces including Palestine plus the Indian original inhabitants will produce a gigantic force before which the micro-minority Jews and “Jews of India” will pale into insignificance…..”  (VN: understand that WW III was planned that way, and is intentional as 9-11 proved here in the US... as well as other false flags blamed on Muslims in Europe and Britain, that proved later to be false flags done by the khazars under deceptive conditions.  If you read Albert Pikes letter, its all laid out in there years ago for each of the world wars including WW III.)

The Dalit Voice Editorial said:”The conspirators and killers of MK Gandhi were all Chitpavan hailing from Pune to which BG Talik belonged. It is these ChipavanBrahmins who started India’s first Brahminical terrorist party called the RSS. The discovery of the more deadly Brahaminical terrorist outfit called the Abhinav Bharat, headed by a serving Indian Army Officer, Lt. Col. Purohit, now in jail for many terrorist killings along with his gang, further strengthen our theory. Lt. Col. Purohit has admitted visiting the Zionist Israel and getting its full support – with funds and arms – to kill Muslims.

As the Jews were already engaged in fighting Muslims in the newly created Israel – a British gift of Palestine which historically belonged to Arabs – the “Jews of India (Brahmins)” approached their cousins in this fight against the common enemy. Since then the “Jews of India” have further tightened the embrace of their cousins and secured all the support to enslave the original inhabitants of India.

You seem to know a little about their numbers and Phoenician/Jewish blood, but there's much more!

The takeover happened long before the Khazarian conversion, although that was a major coup; the main evil was during the 'Prime Evil' age when Phoenicians took over ALL spirituality and came up with the religions. This is what the 'Yellow Submarine' is about!

This is documented with strong empirical evidence here:

Ides of November Evidence at DragonsPaw.blogspot.com