Humanity Is Transforming And Changing: The Great Awakening

Vatic Note:  Why is this up?  Is shows that different cultural leanings about truth, can match with other diverse cultural ideas and come together to make the necessary changes that affect us all, and do so without interfering with our culture differences that we adhere to.  Sovereignty of a nation, does not preclude it from engaging in dialogue with different countries, cultures, religions, or spiritual predilections.   (Ooooh, they do not like this one.... they are messing with me... ok, just keep reading , I will fix it, but do not stop.  Go to the link if its all messed up and does not make any sense.  OK? Hopefully, my fixing it will send the message that we will never give  up)

Its why freedom of speech is so very important, as is an open mind to at least listen with good intentions.   Lately that is impossible to do with the meanderings of the evil ones trying to bring the nation down, but I noticed our search for truth has actually crossed those lines and is bringing us more together in common welfare as a nation. That is a good thing.

Sometimes out of evil, comes good and this is one of the good results that are unexpected by us and even by the evil ones who are in deep panic over it.  How sad for them and how good for us. I literally have seen a sea change just in my small community.  Strangers are talking to each other, people are helping others who are faring much worse, we are coming together as a diverse community of different cultures, backgrounds and religions and loving our brother and helping him/her out when the need arises.

This below is truly excellent, and as I always say, take what you can use and leave the rest.  Frankly, most of what she is saying is true of all truly spiritual practitioners of religions, philosophies, spiritualists, etc.   Not all are manipulative or manipulated.  Many have the same basic core beliefs, just a different way of expressing them and manifesting them.  Keep that in mind as you read this.  I enjoyed it since this author appears to have a real handle on the issues and the truth as we mostly know it.   Enjoy the read and take from it what you will. 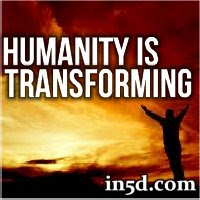 The planet is going through a mass transformation. There are many aspects to this transformation, and in the end one must come to realize the basic building block for global change starts with us, humanity on a collective level, together.

We are being called to evolve past our current way of living, tap into our infinite potentiality, let go of our training wheels and fly. We continue to search for external factors like technology and alternative ways to function, which is great.

But humanity cannot evolve past its current paradigm unless the souls on Earth themselves change first. From that place of change we can begin to implement new ways of operating on this planet which can propel us past our current limitations and into an existence of abundance, peace , prosperity, and discovery.

Humanity must operate from a place of love, peace, cooperation, acceptance and understanding if it is to move on and expand past the current limitations and definitions it has placed upon itself. A portion of the paradigm change we are witnessing on planet Earth today is people waking up to what has really been taking place.

This can be a tough process because many humans have been made to believe certain realities are true when they are not. Through the use of mainstream media, education and more, we have been programmed with false ideas and belief systems of how the world and the industries that govern it work.

We’ve also been programmed with the idea of how to be, how to act, and what to do in certain situations. This type of programming has taken us away from our soul’s voice, our heart, and our ability to be our true self. We are a young race, and we are only just discovering our hearts now.

Only a small group of people and the corporations they run are in control of all the world’s resources. When something new comes along and threatens these industries and multinational corporations they put a tremendous amount of effort into concealing and covering up information.

A part of this transformation is the apocalypse, which is an ancient Greek word that carries the meaning of “transparency.” This is not always an easy process. Sometimes it is hard for one’s mind to take in certain information when after carrying a specific belief system for almost all of one’s life.

We are an infant race of seven billion, separated by many different belief systems. The belief systems that once separated us are beginning to crumble, and we are all coming to the realization of oneness. That’s what we are: one human race. Imagine a race united in knowing instead of separated by belief systems. Someone once said that the mind works best like a parachute, when it is open!

Many find the idea of mass brainwashing hard to believe, but it’s really not. The brain and our consciousness is highly programmable. The way we perceive reality is directly correlated to the reality we create, you can read more about this here. Throughout human history intellectual authorities have affirmed their supremacy by purposely ridiculing ideas and new concepts of reality that did not fit the accepted framework.

They accomplished this by using their position of ‘power’ to dictate, and dispense their resources into brainwashing the public. The best historical example is ancient Rome and Christianity. The elite banned and punished those who did not follow. Even all the way up to recent history when ancient Rome spread its power all over the globe, scientists were sought after and killed while their works were taken and hidden from the public, they were considered heretics. Galileo is a classic example of this.

So how do they do it today? Is it a conspiracy? Well, if you would like to inquire about that, the first question you must as yourself is who is in control now? Who is dictating ‘truth’ to people, how do they do it, and how do we find out what is really going on in the world? After all, nobody can really deny that human beings have an innate desire for knowledge and truth.

The only difference is that everybody seeks it using different methods. Some simply believe what they are told, and others search more in depth. Truth can never be hidden, and it is always possible to discover certain aspects of our reality that is kept from the masses.

For quite some time the dominating ‘truth givers’ have come from television programming. It’s no secret that mainstream media sources are extremely manipulating. They are owned by a handful of multinational corporations who we all know are in control of government and governmental policy, such as Time Warner, Disney, Viacom, News Corporation, CBS Corporation, and NBC Universal.

What is even more strange is that all of these corporations have connections to each other. Multiple CEO’s and employees are members of the Council On Foreign Relations and all of these organizations always lead up to the same group of families, like the Rockefellers. Does that not make people scratch their heads? I am not asking you to believe me blindly. I take it that this is a known fact.

Basically, a small group of people and the corporations they run own all aspects of our lives. What is becoming more transparent by the day is that everything that surrounds us is not good for us at all. For example, the food and pharmaceutical industries both complement each other in that one makes us sick and the other treats us. It’s a cycle.

We no longer desire the type of environment that surrounds us daily and we are starting to realize that we can change it any time we want. Change can’t happen in a second. Sometimes our perception gets in the way. What seems like ten or twenty years to some may seem like one second to others.

This transformation we are going through is rapid, and it starts with the recognition that many of us here no longer resonate with the current system planet Earth uses to govern itself. This feeling that does not resonate with many has caused many to ‘leave’ the system and begin to create for themselves.

It has also encouraged others to begin spreading information to spark more awakening across the world. A massive ripple effect is moving around the planet right now. All we have to do is follow our hearts, let go of the fear to do so. and realize that in these times the Earth is truly our playground.
Much Love.

Society is waking up on many levels. Since September 11, 2001, many truths have arisen regarding the "few who control the many". Right now, the few (The Builderbergs) are in a private meeting in the UK deciding what is on their best interests, not ours. This is why it is so important to begin within because the only person who should be deciding your future is you... not the corporate elite who have raped this planet and is currently running a eugenics program designed to cull the population.

So how can you do this? By looking within for answers. The mainstream media will rarely report anything that is not within their own agenda. You can also set intentions on the world that YOU envision for yourself as well as others. For example, on our last New Moon, I envisioned a world that lives in abundance, good health, prosperity and peace. It all begins with YOU!
The article is reproduced in accordance with Section 107 of title 17 of the Copyright Law of the United States relating to fair-use and is for the purposes of criticism, comment, news reporting, teaching, scholarship, and research.
Posted by Vatic Master at 2:00 AM