Vatic Note:  Pay special attention to the mention of the lasers in space.  We also put a VN to remind readers of our call on that with respect to the blow out of the Rig,  also remember the rig went dark, no electronics minutes before the blow out and Tru Ott pointed that out in his paper on the Laser attack on the rig with the video that showed the actual lasers taking out the rig by two fishermen out at sea when this all came down.   We have also pointed out everytime they had a top secret space mission with no indication what they were going to be doing or testing while up there, but during one of those, came the dead birds, dead fish etc.  A coincidence?  Maybe, if you believe in them.  I hate sounding redundant, but I cannot thank Zorgon enough for the excellent work he did on this and the support of "Above Top Secret" in providing all the space he needed to get this out there and early on.  I had never seen this til now and saw right away the value AND implications of this down the road.  Well done, my man!

For some time in many threads, mostly those dealing with the infamous STS 75 Tether Incident and NASA's bungling loss of the satellite, I have dropped hints about the OTHER tether satellite flown by the NAVY only a month later. It was used for two years for laser experiments and as far as I know it is still being spotted by amateurs, at least it was a few years ago... It first flew in 1996 and I have an amateur video of it passing over in the summer of 2004 with an Astrovid StellaCam EX by apolloisgo (link later)

Now very few people even asked me about it and yet info on it was even available back then in public channels. Its one of my pet peeves, people saying they are searching for truth, but then even when you rub their noses into it, they still don't see it. I got the usual ribbing from certain skeptics, who didn't even bother to do a simple search...

Well this satellite was flown and they shot lasers at it from two locations on Earth...

One was the Advanced Electro Optical System (AEOS) Mount Haleakala, Maui, Hawaii run by the Air Force and this was the location they took photos of the satellite in orbit...

The other location was the Starfire Optical Range in Kirtland AFB in New Mexico
http://www.thelivingmoon.com/45jack_files/03files/Kirtland_AFB_Starfire_DEW.html

There is a similar facility in Russia that I knew about and managed to find on Google Earth It is called OKNO ELINT and on that project the Russian's said we had THREE... well I found Starfire and AEOS no problem, but the third eluded me though it was already on my list...
HELSTAF High Energy Laser Systems Test Facility - White Sands, New Mexico
http://www.thelivingmoon.com/45jack_files/03files/HELSTF_High_Energy_Laser_Systems_Test_Facility.html

This was the Russian Article I used to track it down on GE
enews.ferghana.ru...

So back to the tether... the purpose of firing the lasers at it was to test the concept of transmitting power to satellites in space via high powered lasers.  (VN:  We broke the story of the lasers in Space that took out the Gulf rig way back and Tru Ott also had the video that showed the lasers in action as we did and he posted his after ours.  We  then put his up to confirm what we had seen and they gutted them within 48 hours after we put his up on our blog.  There were two holes basically in the platform that matched what we saw with no carbon and no outward explosive evidence, rather downward. You can see the pics of the platform yourselves.  Thats why they kept gutting our space military blogs and probably will do these unless they don't care anymore.  That s possible.)   The new optical systems compensate for atmospheric dispersal. My next thread will deal with that topic in detail... and a little later I will show you one more awesome NAVY project...

Now those sites will give you basic details... 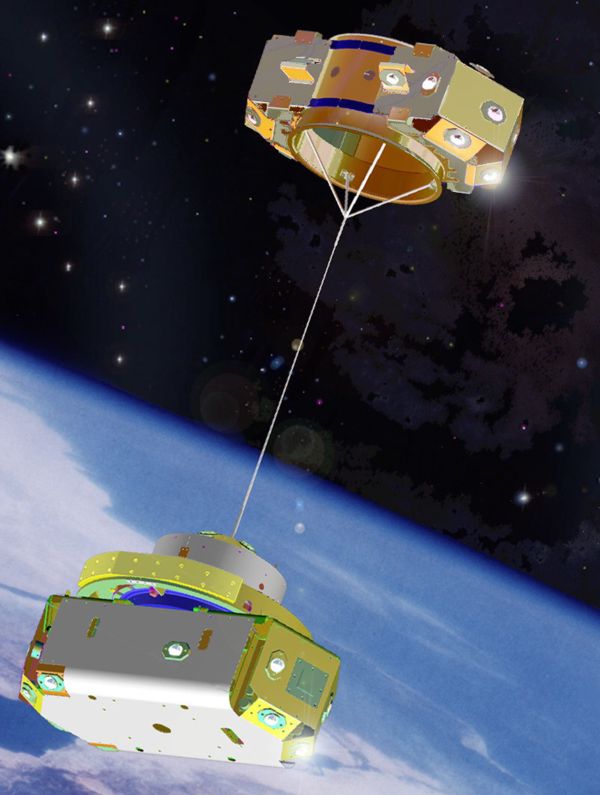 Graphic of the US Naval Research Laboratory's TiPS tether satellite.
Note that only a small part of the 4 km tether is shown deployed.

This is the actual size of tether cable

Catchy URL to be sure, eh?

Here are the links to the data and photos

* Tether Physics and Survivability Experiment (TiPS) - Naval Research Laboratory
* projects.nrl.navy.mil... - (the hyperspace.nrl.navy.mil... link is still on this page - I didn't make it up )

HAARP
Did you know HAARP was a NAVY NRL Program?
You do now!!! 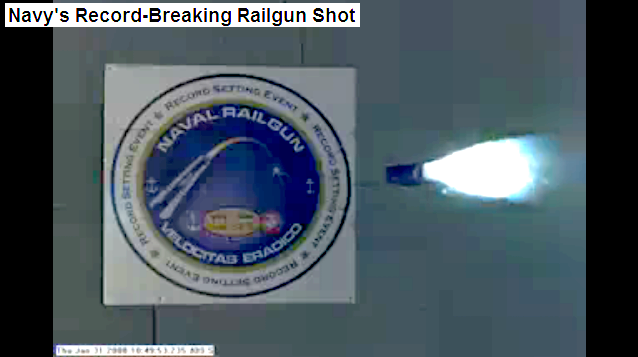 Screen capture from the Video... notice the logo on the target shows the rail gun in space.
Can someone translate that Latin? 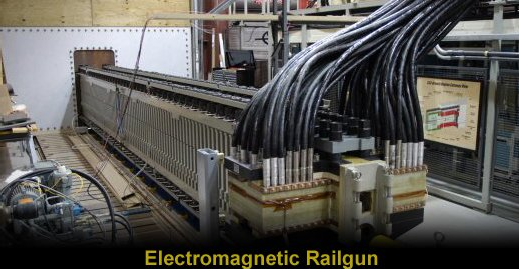 Topic c. Development of new technologies that would allow commercial space-based or conventional aircraft sensors to detect man-made structures hidden beneath heavy (triple canopy) jungle foliage. Consideration will be given to low cost, low footprint concepts that can be prototyped in less than 6 months.

Space to NAVELEX Exploration Helps Drive Navy Reorganization
Efforts to conquer space began in earnest in the early 1960s when the first U.S. manned spacecraft Freedom 7 was successfully launched and recovered May 5, 1961. Both Astronaut Alan Shepard and the Freedom 7 were flown safely by helicopter to the deck of the USS Lake Champlain within 11 minutes of landing. With that successful recovery, President John F. Kennedy challenged the nation to land men on the moon and return them safely to earth before 1970.

Space Program drives Navy to reorganization. In answer to the challenge, NASA launched the Apollo Space Program. It soon became apparent that supporting the space program would be a significant priority for the Navy. Indeed, support of the space program and the launching of its own satellite navigation systems drove a number of organizational changes within the Navy. Along with some existing challenges the Navy had been battling for some time.

(U) Headquartered at Dahlgren, Virginia, NAVSPACECOM began operations October 1, 1983. NAVSPACECOM uses the medium of space and its potential to provide essential information and capabilities to ashore and afloat naval forces by:

(U) NAVSPACECOM also serves as the naval service component of the United States Space Command (USSPACECOM), established in 1985. Component responsibilities include operating assigned space systems to provide surveillance and warning, as well as providing spacecraft telemetry and on-orbit engineering support. In addition, NAVSPACECOM provides facilities and staffs a command center 24 hours a day to serve as the Alternate Space Control Center (ASCC) for USSPACECOM's primary center located at Cheyenne Mountain Air Force Base, Colo. (VN: Oh, great, we live in Colorado, just what we need, another target!  LOL)

ASCC missions include operational direction of the entire global Space Surveillance Network for CINCSPACE. The ASCC also detects, tracks, identifies, and catalogs all man-made objects in space and provides ephemeris on these objects to approximately1,000 customers. It also monitors the space environment and informs owners and operators of U.S. and allied space systems of potential threat to their assets by continuous liaison with the systems' operations centers. Finally, NAVSPACECOM provides administrative oversight for two Echelon 3 operational Navy activities: the Naval Satellite Operations Center (NAVSOC) and the Fleet Surveillance Support Command (FLTSURVSUPPCOM).

(Continued in Blog IV Up next at 5 AM 11/7/11
The article is reproduced in accordance with Section 107 of title 17 of the Copyright Law of the United States relating to fair-use and is for the purposes of criticism, comment, news reporting, teaching, scholarship, and research.

by Zorgon, Above Top Secret
http://www.abovetopsecret.com/forum/thread492046/pg1
Posted by Vatic Master at 1:15 AM