United Humanity must fight take away their power over the world economy and governments.

Japan and US are under nuclear attack by international criminals based in China, Israel, the US, Britain, India, Brazil, Saudi Arabia and each of the Moslem countries now attempting mass movement for popular government. 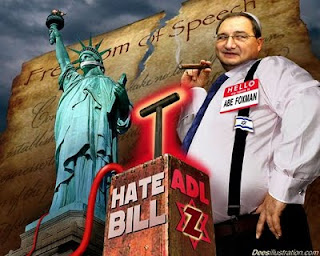 The nuclear energy complex at Fukushima has been stabotaged to become a gigantic dirty bomb calculated to bring to Japan and North America a wave of cancer and birth defects that will continue for generations -- the mutations can appear several generations down the line; but more than that and more immediately the plutonium from reactor #3 will contaminate a large fraction of world food output that comes from the west and midwest of the US. This loss of food supplies in 2011 will add to other induced reductions around the world -- caused by weaponized redirection of weather systems causing freezing in South America, dry climate in Russia (mixed with arson) and other weather calamities that have happened around the world.

International financial crime -- which put the so-called communist dictatorship of China (actually the last true-believing communist in China was Lin Piao who was shot down as he tried to escape to the Soviet Union. China has been directed by Zhou Enlai, an agent of the Rothschilds, and his proteges who now how power -- who are Jewish and Talmudist and Zionist (to the extent that these three are not really one and the same). The intend to reduce the worlds population, destroy . They seek to rule over the rest of mankind as gods, having degraded our knowledge and character, while sequestering the power of science, technology and capital to themselves. 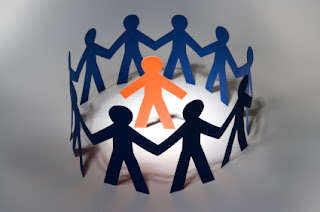 Bad guy cowering in fear outnumbered by his victims

They are not Gods, they are not friends of humanity -- they are short-sighted cvriminals who pick their ideologies to flatter themselves and justify their grab for world domination. They entire world -- everyone -- man, woman and child, must right now unite against this criminal power -- overcome conditioned reluctance to criticize Jewish mafia and their allies seeking world domination.

All nations must simply refuse to put up with or support the criminal power any more -- the debts we owe them are earased -- their minions in positions of power, including military leadership and corporations and governments must be ignored, thrown out and replaced with popular pro-humanity forces

We will either overthrow them as a united human reace -- right now coming together to stop them -- asking all now working for them to immediately break with them and expose them -- as the rest of the masses of mankind show our support for these defections by our Egypt style demonstrations.

Everyone must put aside differences to accomplish this life and death goal.  We cannot have economic reform or political reform or even address emergencies like Japan until this is done.

Please go to VaticanAssassins.org and read who is really behind all this...it is the Jesuits! They want you to think it is the Zionists and perhapes some of it is but read "Wounded in the House of My Friends" by Eric Phelps and you will see who is really behind it all, and I mean everything, HAARP, etc.

Oh, many religions are bought and paid for by the Khazars, but ironically, the Khazars sent their people to infiltrate the Catholic Church hundreds of years ago, since it was the Catholics on the west that destroyed their nation. When they got kicked out of Khazaria, they reaffirmed their commitment for revenge to go along with their take over of the globe.

I am sure there is one book that will say otherwise, but there are too many writings, testamonies etc that support the claim that the khazars, who are pagans and luciferians are at the root of this along with the 13 families.

I have no doubt the khazars control the Catholic church and use it just like they do everything else. That is why you see so much in common between the church and the khazars. Pedophilia comes to mind, if I do say so myself. Remember the Khazars were doing that long before there was ever a catholic church which wasn't until 360 AD..... and the Khazars have been around since well before that.