Iceland, the Mouse that Roared (Bankers biggest nightmare) Part I

Title:    Iceland, the Mouse that Roared, Part I 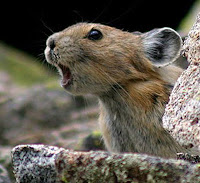 I thought I heard something the other night. It was a distant sound, a low rumbling, a roar from some far off beast that had finally pronounced its presence. It woke me for a second, but it was so distant I felt no threat and simply rolled over and went back to sleep. The next morning I learned that Iceland was taking a stand. It was refusing to pay its British and Dutch debts. It is claiming the debts are a result of fraud, and it's right. They have made the offer to pay some years from now, if they can afford it at that time, and only as a percentage of their GDP. This offer has been, of course, declined by Iceland's creditor banks as they demand payment in the form of real assets.

The Icelanders have grown a pair, so to speak. They are doing something I wish Americans would have done, or will do in the future. They are standing up to the privately owned banks that seem to think they are above the law, that they can change the rules at their whim, and that they alone know what's best for the world, which of course happens to empower them and help their profits. I may not agree with all the politics of Iceland. It might not be the bastion of freedom one looking to get away from intrusive government might run to, but I do admire their stance against the banksters.

Let's examine the situation a little closer. The Icelanders claim that private banks owe the money to other private banks, not taxpayers. The people who own the private banks should be responsible for paying back the creditor banks, not the people of Iceland. I agree wholeheartedly with that assessment. Furthermore, I would take it a step further and make the assertion that any government official voting for any public borrowing that requires payment of public funds for interest be held responsible, or their family be held responsible, should the loans go into default. In other words, these public officials should not be allowed to maintain their fortunes while the common folk are expected to pay for the mistakes they made. Perhaps that would help stop the corruption.

It seems that Iceland was fooled into the same ponzi scheme the rest of the world finds itself in. This all revolves around the fact that money in and of itself has no intrinsic value. It is just paper, for the most part, and in the modern world it is just data floating around in cyberspace. Even metal coins are made from cheap and common metals anymore. The fiat system devised by the central banks are designed to collapse at some point, and it's designed to collapse in such a way that the very few, very rich, very powerful end up with all the marbles. It's not enough to them, it seems, to be at the top of the heap, they have to be so high up and keep the common folk down so low as to be untouchable.

Those that own the banks now hope that they can swoop in and buy up the nation's infrastructure for pennies on the dollar, or in this case aurar on the krona. This is how they operate. They print money based on nothing but debt at negligible cost to themselves, then charge interest on that debt, interest that is never created by the way, and then when the debt can't be repaid they end up acquiring all the real wealth that's been created. It's a brilliant scheme in its simplicity. They end up with all the real wealth and they risk nothing of any real value. I could be wrong, but I think it's safe to say that the Icelanders figured this out when their creditor banks started demanding things like their geothermal power stations and other such publicly owned infrastructure as payment for their defaulted loans. They cried "foul!" - as well they should having played by the rules all this time - and charged that they had been defrauded. They may well have shocked the establishment with their refusal to pay the extortion.

One may well ask, "Is this the fate that awaits all nations?" How many nations in the world today are in the same boat as Iceland? How many are having problems just servicing the interest on their debt? I dare say it would be easier to count the nations that weren't experiencing debt trouble. And one could rightly ask where all the money has gone. Certainly the debt hasn't been put back into the economy to create more wealth. Indeed, I would venture a guess that there's trillions of dollars, euros, yens, pounds, francs, marks, you name it, stashed away in vaults somewhere just waiting for the day when they can be used again, money that should no longer exist that somehow found its way into secret vaults that also shouldn't exist.

It is interesting to note that the biggest banks, the ones that managed to get bailed out by US tax dollars rather than made to liquidate, are intimately connected to the same international bankers who own the central banks across the globe. Indeed, Goldman Sachs seems to have become a "bank of the world," so to speak, as it has its fingers in a little bit of everyone's pies these days. It is also interesting to note that their largest competitors were allowed to fail, effectively setting them up with monopoly privileges. That's how the power banking elite want it, all the money in their hands and all the corporations under their thumb as they monopolize the issuance of currency and credit. Everyone will have to do as they say or they will quickly become bankrupt and destitute. Such is the power of monopoly.

One may well wonder what happens next. The British and Dutch have threatened economic sanctions should the Icelanders fail to fall in line, but is this how we want to treat our brethren? Is this how we want to treat our allies that stood by us in the darkest of times? Do we now just shun people we consider friends simply because they stand up for what they believe is right? Do we go so far as to commit an act of war on such a democratic nation because they recognize a fraud when they see one? This situation should get everyone thinking. The corruption now exposed is so grievous and obvious that we should all realize the time has come to obliterate the current system and deny any power to those who brought this situation to bear.

It is once again time to set up a system of money based on labor instead of debt. We should have a system where free people are able to own property outright, not have to borrow to afford it and then worry that an uncaring bank may come and claim it should one find one´s self in financial trouble. Similarly, it is very disturbing that government can claim private property via eminent domain and non payment of property taxes as if they feel they already own the land you pay for. These wrongs have needed correction for a long time now and hopefully the actions of the Icelanders will help start the ball rolling.

While the Greeks are rioting because they worry their entitlements will be taken away, the Icelanders have been able to take a more direct roll in the political process. The Greeks may well feel they have been left out of the political process, much like many Americans feel at this point in time as we watch the congress blatantly ignore the wishes of the common folk time and again. The bailouts, the wars, the passing of laws violating our rights and the health care bills are all examples of the minority political class ignoring the wishes of the majority to the detriment of society. The Icelanders may have to pay a price for their bravery, but they are finding their way back to freedom and self reliance.

We have been dependent on these banks for far too long and they have taken advantage of it. They have threatened our lawmakers with martial law and economic destruction. They have refused to honor the will of the people and answer questions involving how they´ve spent our money. As I write this, a very few senators, Bob Corker (R-TN), Richard Shelby (R-AL), Chris Dodd (D-CT) and Judd Gregg (R-NH), are working to strip the Audit the Fed amendment from the Financial Reform Bill and give the Federal Reserve even more power. This will assure they will never be held accountable for the wrongs they have done. These senators need to be shown in no uncertain terms that we the people have had enough and will not obey their dictates and whims any longer.

We as a society need to start producing again. We need to start competing with others who wish to produce. This is how wealth is created. The more wealth we create, the more prosperous we all become. For a few decades now, we have tried to maintain our lifestyles with a service economy. It didn´t work. Now the economy is collapsing worldwide. Now the banks are hoarding that which they created and are trying to claim the real wealth that should be owned by private sovereigns. We need to ask ourselves, can we be proactive and stop this before we wake up and find ourselves in the same boat as Iceland? If not, will we simply say no and refuse to pay as they did, or will we allow our society to break down and resort to violence as the Greeks? Don´t let a few politicians on the bankster´s payroll dictate what needs to be done. Demand action now. Roar louder than the Icelanders. Hopefully, we will find justice later. Hopefully, we can avoid the fate of nations that remain on the central banker´s preferred course.


Szandor Blestman was born the 6th of 8 children to a high school English teacher and a certified financial planner. He attended the University of Illinois and earned a Bachelor's degree in Rhetoric in 1984 with minors in Math and Geology.

The article is reproduced in accordance with Section 107 of title 17 of the Copyright Law of the United States relating to fair-use and is for the purposes of criticism, comment, news reporting, teaching, scholarship, and research.
Posted by Vatic at 9:44 PM