Vatic Note: I agree with this assessment. Those who have followed Vatic Project for the past 6 months know how much time and effort we put into educating everyone about this satanism and the associated evil that accompanies it and once we are cattle for these zionist elite international bankers, your children will belong to them. They have been drugging them up AND PEDOPHILING THOSE THAT WENT MISSING, for years starting at 7 and parents have not only allowed it but asked for it so they wouldn't have to parent their kids (as far as the drugging goes, this is exactly what the Ritalin is for and we covered on here what it does to a child and the list is long and dangerous including psychotic breaks which are needed for mind control and pedophilia). Remember vatic project putting up a blog about germany trying to get pedophilia made legal????  Its moving all over the country.  Remember the billionaire here who got off for pedophillia?  We covered it on Vatic Project.  Its coming.

Now, with TSA legally feeling them up in their private parts,  those kids have been prepared and are ready for this and we will have lost everything good that we have ever believed in, and this insider is also right, they only offered all this to us, BUT WE BOUGHT IT AND EMBRACED IT,  so now we can live with it because we did nothing to stop it when others told us what was happening. The final question is "IS IT TOO LATE"? I don't know. It depends on how fast everyone gets out of their denial and that is not a river in Egypt.

If they don't then no we can't come out of it, its done. Good luck, I am glad I am at the end of my great life instead of at the beginning, but I will say this I TRIED AND GOT BEAT UP FOR TRYING, AND OTHERS DID TOO, SO WE CAN LEAVE WITH A VERY CLEAR CONSCIENCE AND ACCEPT THAT THE FATE OF THE REST WAS EMBRACED BY THEMSELVES SINCE THEY ARE THE ONES WHO WOULD NOT LISTEN. I am seriously considering putting even more effort into this rabbit hole so you have all the knowledge you could possibly need to wake up.  After that the sheep are on their own and I will know I did all I could for my dying nation.  I will leave you with sage words from Ron Paul..... "We are about to enter a dark ages, the likes of which the world has never seen before".   See tomorrow at 2:00 AM until 10:00 Am a follow up on this one showing australia leadership both past and present.... indicating to each other they are satanists.

The sheeple now have the truth and we know that they’ll do nothing. In any event it is far too late. There is no escape.

Told you that the Mad Monk (Tony Abbott) wouldn’t get in. That said, we had to do a lot of back room work. The arrangements may prove more stable than many believe, although I wouldn’t hold my breath. 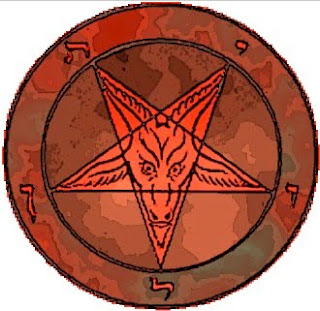 We got Julia in (as I said we would) despite the incontestable facts that the Mad Monk won both the primary vote and the most parliamentary seats. Not bad, but we didn’t have the ease of the American voting system that got GWB in the first time.

I guess George was meant to win because he’s a Xtian.[Christian] Economically the world is in for a very rough time, Australia included. Not long to go now. Fortunately Bob Katter et al [Oz Finance Minister] will push for tariffs, which is just what the doctor ordered and the sheeple want. The same will happen throughout the world. Mark my words, there’ll be ‘tariff reform’ in America before the end of this year. And we will give the sheeple what they want: good and hard.


The Kenyan (Obama) and his Mossad  bank Chairman (Bernanke) are following orders and debasing the American currency. We’ve got gold and silver so as soon as US Treasury bonds collapse we’ll be buying what we can’t take. In either case it’ll be a steal. Shouldn’t be too long to wait. All the big investment firms engage in programmed computer trades. It’ll be over in less than a second. Who cares? Is anyone going to stop us? I know that they can’t, poor prayerful little dears.

As for Julia Gillard, Tim Mathieson’s [Gillard's beard] daughter Staci has contacts in entertainment and she’s such an interesting woman in her own right, if you know what I mean (nice tattoos and piercings).

Malcolm ‘Turncoat’ Turnbull (former Goldman Sachs partner and opposition leader prior to the Mad Monk) has sold out on the republican cause. I’d like to hint at how we organized that but I’m afraid I can’t. Suffice to say that it didn’t involve money. I think you’ll all be seeing a lot more of Turncoat. And Ken never got his website up. We even know where he lives.

Truth is that from the moment the sheeple are born we feed them lies: maggot-ridden philosophies as damaging as a paedophile Father Christmas or Father Somebody. ‘I worship my God. I serve My Queen. I salute my flag. I play with myself’.

God created everything but He’s always just a little short of cash. Ask Brian Houston, Jim Bakker or Jimmy Swaggart. (By the way, Brian’s dad liked little boys whereas Brian likes girls. As Petor used to joke, ‘Suffer the little children, my word they do’.) 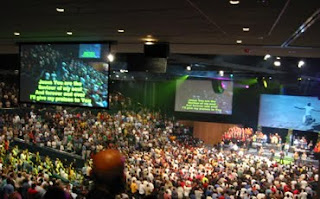 Still, Hillsong Church (left) sells condoms to their faithful and are spreading internationally – have a re-read of the Narsagonan material! There’s not much need for secrecy any more.

Every night the same tawdry televised crap so thick and quick it makes you sick. Are you well informed or is your News Limited? Baby doll, cock-breath reporters fashionably tease out the pre-paid tears and scripted recriminations. There’s a street chase, an intellectual prostitute and the very best of Funniest Home Bloopers.

High-gloss, full-colour teen magazines with cuts so low you can almost see pin-feathers. Adult mags devoted to vomit sex, farmyard gagging, peep-hole toilet friends and the new necrophilic sub-cultures. Will you take the money, the box or your life?

So don’t blame the Alpha Lodge and our affiliates, because it’s what the sheeple want. We just throw false pearls before real swine. Debasement is our business whether in currency, morality, schooling, politics, media or souls. We and ours have prepared the way.

We are entering the Age of Satan,  the Age of Fire and We look forward to His reign and the pleasures which are to come! Generations of us have come and gone with this aim and our plans are coming to fruition. Indeed, we can almost be as open as we like because there’s no turning back and every day we grow stronger. The sheeple need shepherds and we’ll keep providing them.

No longer is Dark Ecstasy confined to the depths or to the back rooms that are marked with "Do Not Enter" or "Welcome to Hell"...

It possesses the sheep and the cattle.

It's hypnotic spell lures the human into a death trap and humanity into oblivion.