Vatic Note:   I know..... they snuck into the Israeli Military weapons storehouse and stole the hundreds of weapons without anyone catching them.  How lucky can you get, huh?   The only other options is "Israel gave them the weapons", but that is not possible.

Since ISIS is Israel's enemy (arabs) they would kill the Israeli's instead of other arabs like they are currently doing in Iraq, Syria, Lebanon, and Jordan.  So, of course, if these are arab rebels, then that is the last group that Israel would give weapons to, right???? I am truly sick of Israel and all the drama she is causing.

Since Northern Truthseeker has done such a good job on his notes, I will make my very short, so you can get on with the business at hand and read all this.  This did not suprise me, since we are now getting the sense that "controlled opposition" has been Israel's name of the game for just about everything these days.  Now its turning to anger and I can feel it every where I go.  You read and decide.

We are also starting to see this same exact type of thing in US Cities.  We just read about such riots and destruction in Baltimore and the irony is, it sounded exactly like the press with respect to ISIS and ISIL, and we all now know they are both funded and trained by Israel, using their puppet, the United STates as cover for their perversions AND are doing so in order to justify military action against the citizens of another nation.

Its the only way Israel can get cooperation from leaders of the countries they pull this off in, such as Egypt.  Then its an Israeli supported leader that pops up in the end.


* One quick note... I have been busy the last few days taking care of family issues... Again, I want to thank everyone for their patience in waiting for new articles at this blog... In my absence, I always say to everyone to take a look at those who I call the "Finest bloggers that I know" that I have listed in the left hand side of this blog... NTS...

I do spend a lot of time at local coffee shops with friends and just to unwind... I recently was again in the local "Tim Hortons" restaurant talking to a few friends and colleagues, and again I was astounded as to the ignorance and gullibility of most Canadians... When the subject at the table turned to politics, I could not help to feel so sad that many at the table were still brainwashed by the fraud of "ISIS" and the scam of the entire "war on terror"... It has gotten to the point now that I can no longer even try to tell these people the truth that they are being played as suckers for most just do not want to even listen any more!  It is a sad statement to make about most Canadians as a whole....

I want to present here another article that exposes the fraud of "ISIS" and the FACT that "ISIS" is absolutely nothing more than the Israeli Mossad and the US CIA masquerading as "terrorists" to stir up as much trouble in the Middle East as possible and to lay the groundwork for the impending invasion of the peaceful and innocent nation of Syria itself....This one comes from the "Sign Of The Times" website, at www.sott.net, and is entitled: "Whoops, How'd Those Get There? Iraqi Fighters Find Israeli Weapons In ISIS Position".... I have that article right here for all to see for themselves, and of course my own thoughts and comments to follow:

Whoops, how'd those get there? Iraqi fighters find Israeli weapons in ISIS position 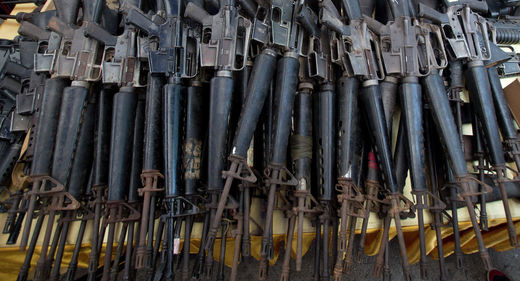 According to Al-Mayadeen television, the Iraqi volunteer forces found Israeli-made weapons in an ISIL position in al-Karmah city in Anbar province.

The ISIL Takfiri terrorists currently control shrinking swathes of Syria and Iraq. They have threatened all communities, including Shiites, Sunnis, Kurds, Christians, Ezadi Kurds and others, as they continue their atrocities in Iraq.

Senior Iraqi officials have blamed Saudi Arabia, Qatar, and some Persian Gulf Arab states for the growing terrorism in their country.

The ISIL has links with Saudi intelligence and is believed to be indirectly supported by the Israeli regime. (VN: I bet there is nothing "indirect" about it.  After all, Israel both funds and arms the ISIS, so why not the ISIL, since they were good enough to use almost the same initials as the ISIS, which made it a lot cheaper for Israel to do business at a lower cost.)

Comment: The Iraqis know what's really going on, and their politicians regularly tell the truth about the origins of ISIS. Good luck hearing ANY of it on CNN, NBC, FOX, whatever. See also:

NTS Notes:  WHY am I not surprised at all by these findings?

I have been trying to hit home with everyone for over a year now that this "ISIS" is and always has been a scam... It is the perfect psychological weapon of fear on the gullible masses, and the US and Israel are playing this game perfectly in trying to scare people into supporting more wars against innocent nations and people... (VN: yes, I believe you are right, however, when pushed and pushed and pumped and pumped with fear, it will eventually turn to anger and that is something they should not want to happen.  After all, that is what send the Americans over the edge at the beginning of the American revolution.  If we have one and we succeed, then there will be no mercy done, only justice. )

The sad part about this finding for the suckers in the United States is the fact that these weapons may have been provided by Israel for their operatives in "ISIS", but I can guarantee they have been paid for by the foolish American taxpayers who have blindly been propping up that psychotic state in its push for hegemony over the entire Middle East....

This is just another in the long list of proofs that this 'ISIS' is nothing more than a scam... However, the majority of the fools out there continue to be brainwashed by the Jew spew media and the liars in our governments who definitely have an agenda and are fully supportive of their Jewish controllers in their lust for Israeli control over the Middle East... When the hell will these people finally wake up and see the truth?


The article is reproduced in accordance with Section 107 of title 17 of the Copyright Law of the United States relating to fair-use and is for the purposes of criticism, comment, news reporting, teaching, scholarship, and research.
Vatic Master at 1:30 AM
Share

Vatic Clerk Tips: After 7 days, all comments to an article go into the moderation queue for approval which happens at least once a day. Please be patient.

Be respectful in your comments, keeping in mind that these discussions will become the Zeitgeist of our time that future database archeologists will discover. Make your comments worthy and on the founding father's level in their respectfulness, reasoning, and sound argumentation. Prove we weren't all idiots in our day and age. Comments that advocate sedition or violence are not encouraged. Racist, ad hominem, and troll-baiting comments might never see the light of day.